Hickory – Fall is finally here and the Western Piedmont Symphony is celebrating with their second Masterworks concert, aptly named “Fall.”

Masterworks II will be held November 3, at 7:30pm at P.E. Monroe Auditorium on the campus of Lenoir-Rhyne University.

Maestro Arthur Post will be the guest conductor. He is the second of four candidates in the Maestro Challenge in hopes of becoming the next Music Director & Conductor of WPS. Internationally recognized as an insightful and versatile musician/conductor, Arthur Post was Music Director of Canada’s Thunder Bay Symphony Orchestra from 2010-2017. He studied at Yale University, The Juilliard School and Hamburg’s Hochschule für Musik. He has built a reputation as an engaging communicator and audience-builder whose compelling programming integrates the great classics with music reflecting local cultures and concerns. His passion for expanding and enriching the traditional concert experience has established him as a potent advocate for the future of symphonic music. Under his direction the WPS orchestra will perform Letter from Home (Copland), Cello Concerto no. 1 in C major (Haydn), and Symphonic Dances, Op. 45 (Rachmaninoff).

WPS is also pleased to present guest cellist, Ingal Segev. Segev has performed as soloist with acclaimed orchestras internationally and made debuts with the Berlin Philharmonic and Israel Philharmonic at age 17. Segev’s many honors include the America-Israel Cultural Foundation Scholarship and top prizes at the Pablo Casals, Paulo, and Washington International Competitions. She began playing the cello in Israel at age five and at 16 was invited by Isaac Stern to come to the U.S. to continue her studies. She holds degrees from The Juilliard School and Yale University. Inbal Segev’s YouTube channel, featuring music videos and her popular masterclass series, Musings with Inbal Segev, has thousands of subscribers and nearly half a million views.

Masterworks II is sponsored by Corning, Inc. Foundation and Cello Friends. If you’d like to become a Cello Friend, please contact the WPS office. Western Piedmont Symphony is a grant recipient of the North Carolina Arts Council and a funded affiliate of the United Arts Council of Catawba County. Business offices are located on the SALT Block at 243 Third Avenue NE, Hickory. Box Office hours are 10am until 4pm daily. 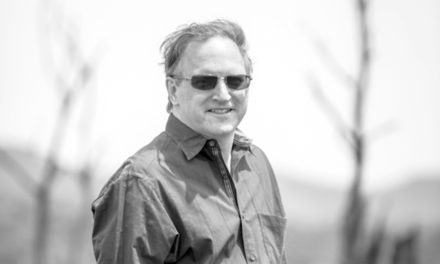