Hickory – The Hour of Power speaker on Tuesday, Feb., 26, from noon to 1pm, will be Mélisse Brunet.

Less than twenty percent of all orchestra conductors are women! Mélisse Brunet is one of four candidates being

considered for the position as the Western Piedmont Symphony’s next Music Director and Conductor in the Maestro Challenge. Come hear how this inspiring woman is breaking down barriers in this male-dominated profession.

Mélisse Brunet is one of the six conductors selected from 161 applicants for the Linda and Mitch Hart Institute for Women Conductors at The Dallas Opera. She was the Assistant Conductor of the Northeastern Pennsylvania Philharmonic for two seasons and guest conducted with them for five concert series. She also regularly guest conducts five French professional orchestras, and made her guest conducting debut in January with Symphoria in Syracuse, NY. Mélisse believes that each stage appearance is an opportunity for sharing her passion with the audience during concert talks and by the creative interaction of the musicians and the audience throughout the performance. Her passion for sharing has always been transposed through her teaching and mentoring of younger musicians.

In July 2016, she was named the Director of Orchestral Activities at Appalachian State University where she is conducting all the symphonic orchestras, operas, and musicals. Mélisse is a dynamic advocate of contemporary music and worked closely with composers Steven Stucky, Shulamit Ran, Michael Daugherty, Eugene O’Brien, and Jennifer Higdon. As an opera conductor, she conducted Mozart’s Die Zauberflöte, Dead Man Walking by Jake Heggie, and Puccini’s Gianni Schicchi.

She conducted the musical Sweeney Todd during the spring of 2018 in Boone, and in 2019, she is premiering a French musical by Reinhardt Wagner, staged by actress Zabou Breitman with the Opéra National Montpellier. Mélisse earned her Doctorate from the University of Michigan and has degrees from the Cleveland Institute of Music, the Paris Conservatoire, and the University La Sorbonne. 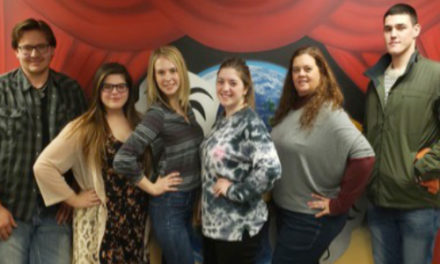