Columbus, OH (AP) – Delana Jensen Close was recently honored for a book that she finished last year at age 95.

In 1955, Delana Jensen Close began to write a book.

Close, who turned 96 in February, published her debut novel, “The Rock House,’’ last year, complete with a book signing at Senior Star at Dublin Retirement Village, where she is a resident. And recently, the book won an award for best historical fiction from the 2019 Independent Book Awards.

While Close hopes this isn’t her last book – two other novels are underway – she is relieved that her decades-long project is finished.

“It had to come out,’’ Close said, comparing the excitement of holding the first author’s copy to having a child. In the days after it was published, she literally treated it that way – carrying the book around in a basket with a baby blanket.

The 806-page book, a romance novel, was inspired by Close’s hometown of Emery, Utah, a mountain town of less than 700 people with no library and no bookstore. As Close grew up, her love of reading, which fueled her love of writing, was powered by the Sears, Roebuck and Co. catalogue.

Set in the early 20th century, “The Rock House’’ follows the life of Abigail Langley, who is maligned in her tiny religious town after having a baby out of wedlock with the son of a wealthy, well-connected man. The son, Adam Townsend, heads east for medical school before Abigail can tell him she is pregnant.

Years later, after Abigail has been pressured to give up the child, Adam moves home – with his wife. As Adam and Abigail’s affection returns, she wrestles with the fear of having her heart broken again.

The plot for the book stayed remarkably consistent even as the decades passed, Close said.

“I always had it in my head. I think that’s how I could give it up for like 20 years and go back and just start from where I ended,’’ she said.

Close, an Upper Arlington resident for 54 years, worked somewhat sporadically on the book; after all, she had a life to live.

After living in California for about two years, during which she worked in a factory that manufactured 155mm howitzers used during World War II, Close came to Columbus to visit a friend. She planned to stay only three weeks – but then she met her eventual husband, Dean. They went on to raise three kids while working in the restaurant business. At one time, they owned Grandview Cafe.

Close never let an idea for her book slip away. She’d write on the bus. She’d write in the car. Often, ideas struck at night, so she kept paper and pen bedside.

“If you’ve got a thought about it, you’ve got to write it down or else it goes away,’’ she said.

Close accumulated a box of notebooks and random slips of paper with vignettes of what became “The Rock House.’’ Her writing received a boost in the mid-1990s when she got a computer.

Close’s daughters, Michelle and Debbie Close, of North Linden, said they knew their mom had been working for decades on a book, but they didn’t know too many details until it was mostly finished.

The process to get the book published accelerated in June 2017, around the time Michelle Close retired and moved back to Columbus from New Jersey.

The family worked with Create Space, a self-publishing company owned by Amazon, to get the manuscript edited and a cover designed. By then, Delana Close had typed all her handwritten notes into Microsoft Word, a process which she said took about two and a half years.

The editor was thorough, with line-by-line changes that Close had to reject or approve, her daughters said.

“It was a lot of work,’’ Michelle Close said, but in April, the book was finished and the author’s copy arrived in the mail.

The moment was monumental for the Close family – regardless of whether it turns the matriarch into the next Helen Hooven Santmyer of Xenia, who at age 88 had her 1984 novel “…And Ladies of the Club’’ become a New York Times best-seller.

That’s not what this is about. It never was.

“We desperately wanted to get it published before she got any older. That was our goal,’’ Debbie Close said. “We felt that it was our gift to her. Her book is a gift to everyone.’’

One of Delana Close’s unfinished books is about three young women who want to become doctors during the Great Depression; the other takes place during the influenza epidemic of 1918.

The nonagenarian likes to ballroom dance in her free time, and she remains an avid reader. Margaret Mitchell and Ayn Rand are among her favorite authors.

It was her love of reading that helped make “The Rock House’’ possible.

“You can’t write unless you’re a reader,’’ she said. “So many people want to write, but they don’t read, and that is how you learn.’’

It’s a lesson she’s known all her life. 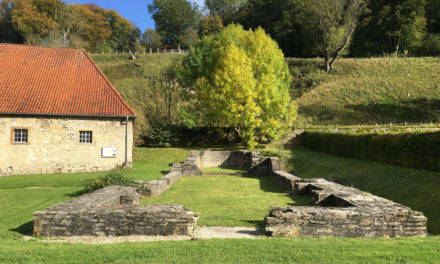 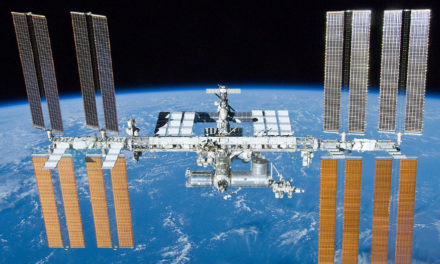