Eau Claire, WI (AP) – The year was 1962. Anand Sharma was 11 years old in Bombay, India, now known as Mumbai.
Anand held an envelope with his name on it, both confused and excited about its contents, the Leader-Telegram (http://bit.ly/2b5B2un ) reported. The return address was from Rice Lake, Wisconsin, and he had no idea how an American could know where he lived.

“Dear Anand, my name is Lois Rose,’’ the letter began. “I would like to be your pen-pal and friend.’’

As he read the rest of the letter, Anand discovered Lois was going into the fifth grade, had a cat named Muffin, and liked to read and play with paper dolls. He sent a reply letter, complete with a sketch of a sun rising over dunes and a short poem at the bottom. Anand incorrectly addressed Lois as “Mr. Lois Rose,’’ and she politely corrected him at the end of her next letter.

So began years of exchange between two people on opposite ends of the world.

The early stages of Anand’s and Lois’ letters were mostly focused on stamps – they both collected and often exchanged with one another – school and daily life. In some ways, their initial letters displayed the polite shyness between boys and girls at a young age.

“(When Lois) corrected me that she was a girl, I didn’t want to write to her anymore because all my pen pals were boys,’’ Anand, now a mathematics professor at UW-Eau Claire, said last week. “I didn’t feel comfortable.’’

After some gentle encouragement from his father, Anand continued to write to Lois. Time passed, their comfort level with one another grew, and their letters moved to current events.

When a border war between India and China broke out in 1962, Anand wanted to thank President John F. Kennedy for helping his country. He didn’t know where to send the letter, so he sent it to Lois, who then sent it to the White House. Anand and Lois got a reply from a White House assistant, and they have a copy of it to this day.

Oftentimes, their letters on current events challenged one another. Anand and Lois had been writing for a while when two assassinations struck the U.S. – JFK in November 1963 and Martin Luther King Jr. in April 1968. Anand wrote to Lois to tell her that a teacher of his had said America was famous for killing its presidents.

“Now, how could I let that slip by?’’ Lois said as she smiled at Anand.

While they didn’t always agree, Lois said their discussions forced her to think from a different worldview.

“(It made me) stop and think about what’s going on and see things from a completely different perspective,’’ Lois said, “and I really liked that. It made (our conversations) a little meatier as we got older.’’

The enlightening nature of their conversations didn’t stop at world events, Lois said; they also learned a lot about culture and life in a different country nearly halfway around the world. Anand asked Lois to send him pictures of a TV because his family didn’t have one. He wondered what pizza is. And he was confused when Lois mentioned ice skating because there was no snow where he grew up.

From Lois’ letters, Anand became fascinated with Elvis Presley. They often talked of the culture of the early ‘70s in their countries, they said.

While they knew each other well from about a decade of letters, Lois and Anand had never met in person. That soon changed after Anand decided to go to graduate school in Hawaii.

From a young age, Anand wanted to travel. While it might not have been possible normally – his family couldn’t afford it – he knew higher education would be the key. And he knew if he went to grad school in the U.S., he’d have a chance to meet Lois in person.

Their letters had never been that romantic, but the two sometimes joked about getting married because they had written for so long, they said.

“She sounded like a very genuine, honest person,’’ Anand said, “somebody that I’d like to meet and get to know, if at all possible.’’

After about a year of grad school in Hawaii, Anand offered to host Lois for a week or two, so she bought her airplane tickets and set off to meet him around New Year’s 1976. Lois admitted to some nerves; she wasn’t sure she’d recognize him. She didn’t even know if she could pronounce his name correctly. Was it “Ah-nahnd,’’ or “An-and?’’

Anand, then 25, greeted Lois, 23, at the airport and donned her with a traditional Hawaiian leis. After that, Lois said, being around Anand was easy.

“It’s like our conversation began where our last letter left off,’’ Lois said. “It was an easy transition from writing.’’

By the end of her trip, Anand proposed. “In the traditional sense, we never dated.’’

After getting married in 1977, the couple spent a lot of time in school and traveling. They went to India numerous times, finished more education and eventually settled in Puerto Rico, where they raised two children.

One of those children, Lori Sharma, 33, said her parents’ serendipitous story inspires her to let life take its course.

“The biggest lesson from their story … is that you don’t have to rush into things,’’ Lori said via phone from Virginia Beach, Va. “ … Let the universe take its course, if you will . there is some sort of order in what seems to be randomness.’’

Overall, the couple say their relationship can teach others about embracing differences and finding common ground.

“It’s about being flexible,’’ Lois said, “and being open-minded and realizing that people do things different ways in different parts of the world, but that people also can have a lot in common.’’

Anand chimed in, “I believe that we are people. We are humans.’’

Anand & Lois recently with some of their early letters.

Anand Sharma of India and Lois Rose of Rice Lake attend the 1976 New Year’s celebration at Diamond Head Crater Festival near Honolulu soon after meeting for the first time.
Anand was 25, Lois, 23. 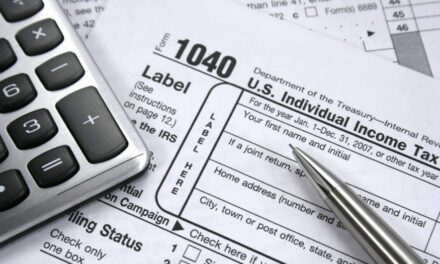 How To Keep Your Tax Return From Getting Hung Up 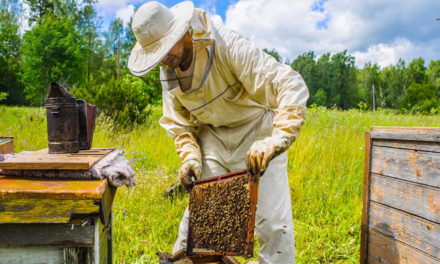