Writer-director Taylor Sheridan, following hot on the heels of the commercial and critical success of his much-heralded directorial debut from last year, Hell or High Water, has returned with his follow up, Wind River. When one considers the crime angle that dominated both Hell or High Water and Sicario (he served as co screenwriter on that Oscar nominee), it’s no surprise that Sheridan would mine similar territory with his latest film.

And while it’s a worthy successor to his earlier efforts as a director/writer, it doesn’t quite pack the punch that either of those films seemed to have. That’s mostly due to the more relaxed pacing found in Wind River.

Sheridan is quickly establishing himself as a major behind the scenes talent and the fact that his new film isn’t quite up to the level of what’s come before isn’t going to dampen my enthusiasm for his next project one iota and it shouldn’t stop you from investigating his latest.

Wind River is based on a true story. At least that’s what a title card tells us at the beginning of the film and who am I to argue? Much like Sheridan’s Hell or High Water, Wind River attempts to inject some social commentary into the proceedings. Sheridan achieves that feat this time around by setting the film in a remote Native American reservation located in Wyoming. It’s there that the drudgery of daily life leads to boredom which, in turn, leads some of the residents to making really bad decisions mostly as a result of the lack of enough activities to occupy themselves.

Cory Lambert (Jeremy Renner) is a divorced, single dad, earning his keep as a game tracker on the Native American reservation of the film’s title. His former wife, also a Native American, shares custody with their son. Cory is spending some time with his son when soon thereafter he stumbles upon the body of a dead girl. An FBI agent, Jane Banner (Elizabeth Olsen) is called onto the scene but she’s had no experience dealing with this sort of thing. Cory becomes a sort of makeshift partner as they attempt to solve the mystery of the girl’s murder while Cory simultaneously attempts to heal from a tragedy in his past.

To say anything more would do the film a great disservice as there are a few nifty surprises, particularly in the film’s last act.    Wind River is a skillfully made film and no one can fault it in that department. What is a bit of a problem is the lack of a sense of urgency that was found in Sheridan’s earlier works. There’s good stuff here even if it falls a bit short of what you may be expecting.

Wind River opens Thursday, August 31, in Hickory and around the are. 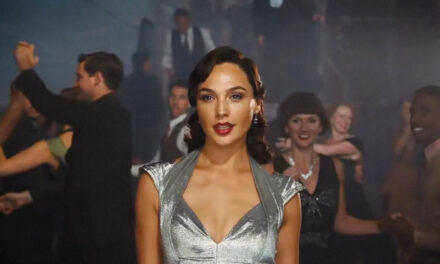 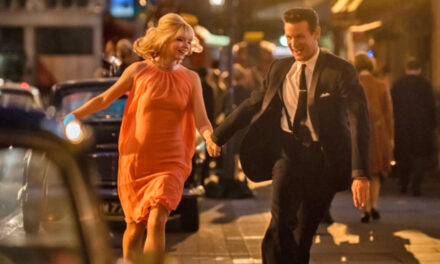