Hickory – Bertrand Russell, the 20th century British mathematician and philosopher, once said that the good life is “inspired by love and guided by knowledge.” That, in a nutshell, is how some secular humanists describe their worldview. But what does secular humanism have to say about a world in moral crisis. And is the world currently in such a crisis? Opinions on the subject will vary depending on who you ask, but two local secular humanist groups plan to explore this topic at the Ridgeview Branch Library in Hickory on March 28 at 6:30 pm. The event is free and open to the public.

The Hickory Humanist Alliance (HHA) and the Morganton Humanist Alliance (MHA) will show a video of Viggo Mortensen (Aragorn in ‘The Lord of the Rings’) reading an English translation of Albert Camus’s lecture, “La Crise de l’homme” (“The Human Crisis”), given at Columbia University in 1946. There will be time for discussion and questions following the video. In his posthumous tribute to the Nobel laureate who represented the “spirit of the French resistance” during the Second World War, Jean-Paul Sartre wrote that Camus’s “obstinate humanism, narrow and pure, austere and sensual, waged an uncertain war against the massive and formless events of the time. But on the other hand through his dogged rejections he reaffirmed, at the heart of our epoch, against the Machiavellians and against the Idol of realism, the existence of the moral issue.” Mortensen’s reading was sponsored by Columbia University and the Albert Camus Estate on the 70th anniversary of the original lecture, also on March 28, as part of a week-long celebration of Camus’s only U.S. visit. Promoted as an “existentialist revelation,” the talk was described as the “signature French intellectual event of the post-war era for New York and Columbia.” Mortensen’s reading is available on YouTube for those who would like to watch it in advance. The original 1946 lecture, given in French, was attended by 1500 people, and Mortensen’s 2016 reading in English drew an even larger audience. His words “point prophetically to the geopolitical conflicts and to the problems of fanaticism, intolerance and dehumanization that we continue to face today,” according to Mortensen.

HHA and MHA are local chapters of the American Humanist Association (AHA), founded in 1941. AHA is an educational organization in the United States that advances secular humanism and strives to bring about a progressive society where being good without a god is an accepted and respected way to live life.

Both HHA and MHA are group members of the Catawba Valley Interfaith Council (CVIC) and host regular meetings and events in the Catawba Valley. Representatives from both secular groups, as well as CVIC, will be available at the event for those interested in more information about these organizations. 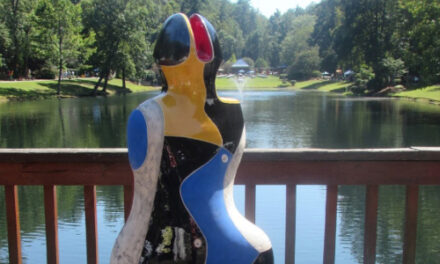