Hickory, NC – The Western Piedmont Symphony presented “Heavy Metal,” its third Masterworks concert of the season, at the P.E. Monroe Auditorium on the campus of Lenoir-Rhyne University. It was possibly one of the most unusual concerts this orchestra has ever performed. Lest you think of Metallica, Black Sabbath, or Iron Maiden, think again. This was a concert of works depicting machinery and its sounds – with one exception. Somehow, Beethoven popped into the middle of the fray.

Opening the program was Machine by Jennifer Higdon (born 1962). Ms. Higdon is one of the foremost figures in contemporary American classical music, having won a Pulitzer prize and a Grammy, and having had commissions by many of the major American orchestras. Machine is a short work written in tribute to composers like Mozart and Beethoven who seemed to be able to write so many notes that it is as if they were like machines. It’s a vigorous work, full of energy, and it zips by in a frenzy, and it’s over before you know it. But, it certainly gave the musicians a workout.

The fun continues in the second half of the concert with Zavad (The Iron Foundry) from the Ballet Stal (Steel), Op. 19 by Alexander Mosolov (1900-1973), a composer not well known outside of his native Russia. As the title states, the music represents the molding of metal and steel, and sounds every bit like a steel foundry. In this work the French horns and percussion really shine.

Then came The Infernal Machine by Christophe Rouse (born 1949). This depicts a machine in perpetual motion, but for no particular purpose. While not satanic, it is certainly sinister, whirling along unconcernedly, at times sputtering or throwing off sparks, and grinding to change gears.

Finally come Mouvement Symphonique: Pacific 231 by the French/Swiss composer Arthur Honegger (1892-1955). This work is about a train, and conveys the tremendous power of a steam locomotive, with the hissing of the steam, the giant wheels moving, and the building up of speed. At one point it sounds almost as if it had crashed.

Each of these four works tested the rhythmic skills and sheer strength of the musicians, which was met with great vigor, and, certainly no small amount of humor.

In the middle of all this cacophony came Ludwig van Beethoven’s (1750-1827), Piano Concerto #4 in G, Op. 58, the least turbulent and most reflective of his piano concertos. Unlike his other concertos, this begins with the piano quietly making the opening statement, and then orchestra replies, setting up a dialogue between orchestra and soloist.

Soloist for the evening was Hickory favorite Gregory Knight, who has played with the Western Piedmont Symphony on several previous occasions. A graduate of Lenoir-Rhyne College, he was one of six finalists in the 2016 Van Cliburn International Piano Competition for Outstanding Amateurs. His performance tonight was sublime and nuanced, an exceptionally fine performance. He also treated the audience to a lovely performance of the first movement of Beethoven’s “Moonlight” sonata.

To bring us back to reality, the evening closed with the orchestra playing Bohemian Rhapsody by Freddy Mercury (1946-1991) of rock band Queen fame. This was an absolutely beautiful orchestral version, and a splendid performance, filled with all of the same enigmas contained in the original version.

Fall Pops WP Symphony Under The Sails This Sunday, Sept. 10 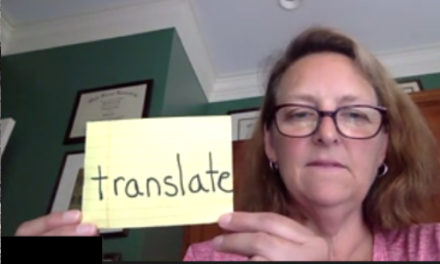