Hickory – “Side by Side” was the title of the Western Piedmont’s fifth and final Masterworks Concert of the season, presented at the P. E.

Monroe Auditorium on the Lenoir-Rhyne University campus. The title refers to the fact that sitting next to almost every orchestra member was a corresponding member of the Western Piedmont Youth Orchestra. This made for a very large orchestra and a wonderful sound.

Much of the program consisted of shorter pieces taken from larger works, mostly operas or ballets. The program opened with “Procession of the Nobles” from the ballet Mlada by Nicolai Rimsky-Korsakov (1844-1908), and was followed by music from the film Our Town by the American composer Aaron Copland (1900-1990).

The central core of the concert was two piano concertos, played by piano soloist John Cheek on the Lenoir-Rhyne’s newly-acquired Bösdendorfer concert grand piano, a truly beautiful instrument. Dr. Cheek has performed widely in the United States and internationally. He is currently professor of music at Lenoir-Rhyne University.

First was the Keyboard Concerto in d minor, BMV 1052, by Johann Sebastian Bach (1685-1750). Bach adapted this concerto from one of his earlier violin concertos, and it was originally played on harpsichord. Piano performances of Bach’s keyboard works are often not always successful, as the playing can get muddy and imprecise. This performance, however, was not the case. Dr. Cheek’s playing was crystal clear, lively, and well balanced with the orchestra. The new piano helped in this, but it was the artist at the keyboard that made a very successful performance.

The second concerto was The Piano Factory by Mark Scearce (b. 1960). Dr. Scearce served as Hickory’s Composer in Residence from 1998-2000. It was during those years that he visited the Kawai piano factory in Lincolnton, NC, and was inspired to write this piece, based very much on the sounds of the factory. The work is quite noisy in spots, as one might expect in a piano factory, and overall, is a lot of fun, requiring virtuosic playing of the pianist, as well as the orchestra.

The program closed with “Chorus of the Huntsmen” from Der Freischütz by Carl Maria von Weber (1786-1826), “March of the Mastersingers” from Die Meistersinger by Richard Wagner (1813-1883), and “Farandole” from L’Alesienne Suite #2 by Georges Bizet (1838-1875), all played with great enthusiasm and gusto.

This review would not be complete with mentioning two people who were publically recognized at the concert. The first was John Gordon Ross, who was presented a photographic plaque honoring him for his 25 years of service as Music Director and Conductor of the Western Piedmont Symphony. The second was the recipient of the Suzanne G. and Kenneth K Millholland Symphony Award to David Millholland, for service and support of the western Piedmont Symphony at the highest level. Congratulations to both for their stellar achievements. 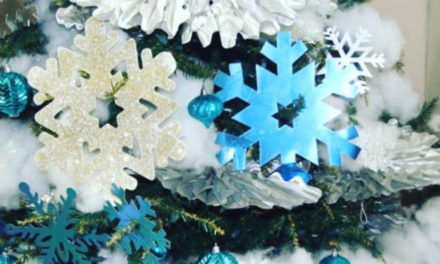