Hickory, NC -The Western Piedmont Symphony concluded its 54th season with a Masterworks Concert in the P. E. Monroe Auditorium on the campus of Lenoir-Rhyne University featuring conductor Mélisse Brunet as the fourth, and final, guest conductor this season in the exciting “Maestro Challenge.” Each has been auditioning to become the next Music Director of the orchestra, succeeding Maestro John Gordon Ross, who retired after 27 seasons.

Maestra Brunet is a native of Paris and studied at the Paris Conservatoir and the University La Sorbonne. She also has degrees from the Cleveland Institute of Music and the University of Michigan. She has an extensive resume of conducting positions and is currently Director of Orchestral Activities at Appalachian State University in Boone.

The program opened with The Chairman Dances (Foxtrot for Orchestra) by John Adams (born 1947). This piece was inspired by Adams’ opera Nixon in China, which he was writing at the same time. It depicts a scene where Chairman Mao’s wife starts dancing the foxtrot, and then is joined by Mao himself. Adams belongs to the minimalist school of composers, and uses repetitive and rhythmic patterns of music, often with great energy. He is able to express emotion, passion, and drama, and this work is no exception. The piece is not easy to play, and puts all the sections of the orchestra to the test; it was played with great success.

Maurice Ravel (1875-1937) wrote his Piano Concerto in G Major intending to perform the piano part himself at its premiere, but was not able to master the technique before the opening concert. He asked another pianist, Marguerite Long, to perform at the piano, and directed the orchestra for its debut.

The guest soloist for this performance was Orion Weiss, a virtuoso pianist originally from Ohio and a graduate of the Julliard School. He has concertized extensively with many of the major orchestras in this country and is also a chamber music enthusiast.

Ravel’s concerto is in the standard three movements – fast, slow, fast. There are many jazz elements throughout the work. The second movement is especially beautiful, plaintive and ethereal. The third movement interrupts this wistful atmosphere with a big jazz band effect and the piano starts out at presto, as fast as can be played, and then keeps getting faster. Not only does the solo pianist get a workout through the entire piece, but all of the orchestra, especially winds, brass, and percussion, really get a test, which they all very expertly performed.

In my opinion, Mr. Weiss’ performance was exceptional. I have not heard such an exciting pianist in a long time, and I want to hear more and more of him. I hope that he can be brought back to Hickory at some point in the future.

For the final work on the program, Ms. Brunet selected Variations on an Original Theme: “Enigma Variations”, Op. 36, by Edward Elgar (1857-1934). This is a set of fourteen variations based on an original theme, with each variation fashioned to represent one of his friends or acquaintances. He never told anyone what the “enigma,” or question, was. To this day it remains a mystery. Again, all of the sections of the orchestra were on display, and all performed beautifully.

As for Mélisse Brunet, she is a dynamic, passionate, and spirited conductor. She would be a great asset to the Western Piedmont Symphony in providing good music to the Hickory area. 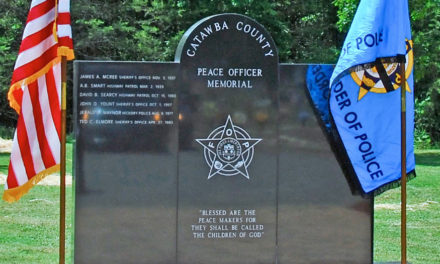 Hickory Sunrise Rotary Halloween Dance Is Saturday, October 28, With The Band Of Oz 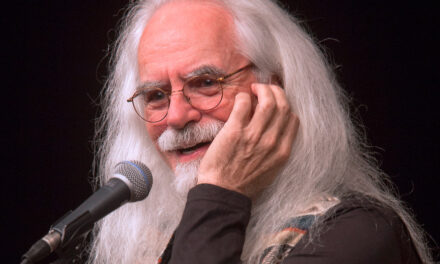