Hickory – The Western Piedmont Symphony opened its 55th Season with a grand concert led by the orchestra’s new Music Director, Matthew Troy, at the P.E. Monroe Auditorium on the campus of Lenoir-Rhyne University on Saturday, October 6th. Also joining the orchestra for this concert was the Fry Street Quartet, the first string quartet-in-residence of the Western Piedmont Symphony, whose tenure extended from 1999 to 2002.

Maestro Troy brings to Hickory a wealth of experience and has conducted many orchestras across the country. He is currently also the Music Director of the Piedmont Wind Symphony and Education Conductor for the Oklahoma City Philharmonic. In addition, he has also served for several years as Associate Conductor of the Winston-Salem Symphony.

The Fry Street Quartet arrived in Hickory in 1999 as the Western Piedmont’s inaugural string quartet-in-residence. It was in Hickory that they honed their skills and became a potent force in music, both locally and nationally. Since 2002, the have been the Quartet in Residence at Utah State University in Logan, Utah. Members of the quartet are Robert Waters and Rebecca McFaul, violins; Bradley Ottesen, viola, and Anne Francis Bayliss, cello.

Opening the program was a rousing performance of Jean Sibelius’ Finlandia, Op. 26. Sibelius has long been recognized as Finland’s greatest composer. Finlandia was composed as a patriotic essay for freedom of the press and has since become Finland’s second national anthem. It is a colorful dramatic work which starts darkly and progresses to a jubilant and grand conclusion. All parts of the orchestra got to shine in piece, and all did, but of exceptional note should be made the brass section, which had a polish not before seen from this group.

Edvard Grieg (1843-1907) was only 25 years old when he composed the Piano Concerto in A minor, Op. 16, his first, and only, concerto for piano. Grieg was from Norway and the concerto has many subtle Norwegian folk influences. This is a work that is glorious due to the multitude of appealing themes and its highly successful blending of tender lyricism with virtuoso display.

The piano soloist was Gregory Knight, well-known to the Western Piedmont Symphony and the region, where he has performed numerous times with various musical groups and soloists. Mr. Knight’s playing was clear and well-articulated, demonstrating great virtuosity. The audience was treated to an encore with Aram Khachaturian’s (1903-1978) Toccata, a piece demonstrating brilliance and flair.

Also notable about this performance were the wonderful solos in the brass and woodwinds, especially the lush horn solo by Christopher Griffin, and the gorgeously articulate string playing.

Concluding the program was Pictures at an Exhibition (Tableaux d’une exposition) by Modest Mussorgsky (1839-1881). Written originally for piano in 1874, Maurice Ravel (1875-1937), who was probably the world’s best orchestrator, made a transcription for full symphony orchestra in 1922. This is a suite of ten pieces interspersed with recurring variations of Promenade. The themes are based on a posthumous exhibition of paintings by the artist Viktor Hartmann, who had died suddenly at the age of 39. The music depicts Mussorgsky’s tour of the exhibition.

The music, once again, allows the orchestra to shine, both in individual solos and in sections. The influence of Maestro Troy’s direction is already obvious in the performance of the orchestra. The remainder of the season should be an exciting journey into the world of music. Don’t miss it. 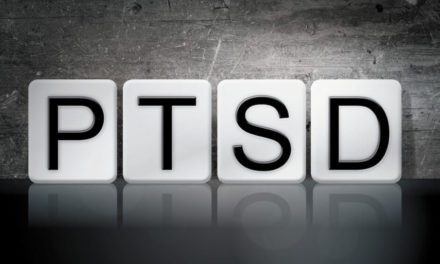 Catawba Dems To Meet Saturday, May, 5, For Ric Vandett Campaign