Hickory – The Western Piedmont Symphony opened its 52nd season with a concert in the newly-renovated P. E. Monroe Auditorium on the campus of Lenoir-Rhyne University on October 1st. The program featured tributes to the music and visual arts of the past as seen by the 20th century composers Ottorino Respighi (1879-1936) and Maurice Ravel (1875-1937).

The program opened with Respighi’s Botticelli Triptych, a tone poem based on three of Botticelli’s paintings: La Primavera (The Spring), The Adoration of the Magi, and The Birth of Venus. All three hang together in the Uffizi Gallery in Florence, Italy. The work is for a small orchestra, and features many solos by wind players. Of note were the sumptuous oboe solos by acting principal John Hammarback. Also not to be missed were the flute solos by principal Laura Stevens, and bassoon solos by principal Paige West Smith.

Following was Le Tombeau de Couperin by Maurice Ravel. This is a tribute to composer and harpsichordist Francois Couperin (1668-1733). Ravel originally wrote a six movement suite for piano taken from baroque dances written by Couperin. He later orchestrated four of these movements: Prelude, Minuet, Forlane, and Rigaudon. The last three movements are all sprightly dances. The Prelude contains an exquisite oboe soloist, again executed gorgeously by John Hammarback.

The Piano Concerto #3 in D minor, Op. 30 by Sergei Rachmaninoff (1873-1943) completed the program. The soloist was Solomon Eichner. Originally from Baltimore, Mr. Eichner has studied at the Manhattan School of Music and the Peabody Conservatory, and is currently a Doctor of Music Arts candidate at the University of South Carolina. He has played and competed extensively in music festivals throughout the world and has had an extensive concert career.

The Third Piano Concerto has the reputation as being one of the most technically challenging in the classical music repertoire. It was also Rachmaninoff’s own favorite, preferring to play it over even the Second Concerto. Mr. Eichner’s playing is technically gifted as well as poetic and sensitive. The orchestra collaborated with great nuance and verve, for an altogether quite satisfying performance. Mr. Eichner treated the audience to two quite virtuosic encores, both of which were expertly played.

The four concerts remaining in this season all promise to be as exciting and interesting as this one and are not be missed.

Art For The Heart Interactive Sessions On Tues., Sept. 27 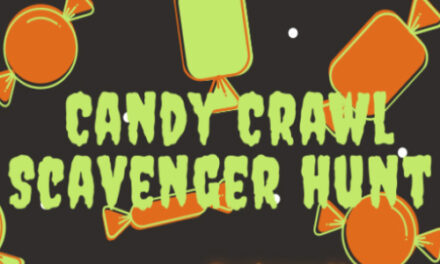