Sutton, W.VA (AP) – The story of the Flatwoods Monster began September 12, 1952, in the small town of Flatwoods, West Virginia. It was 7 o’clock at night, and some schoolboys were playing football. They saw an object falling from the sky that looked to be on fire, said Andrew Smith, executive director of the Braxton County Visitors Center and founder of Flatwoods Monster Museum.

“Something, something bright, maybe a fireball, appeared to fly overhead and land on a nearby hilltop,” he said.

The boys and two adults hiked up the hill to check out this “fireball.” Apparently, there was an overwhelming rotten-egg smell in the air that burned their eyes.

“They see movement from their left coming from the woods,” Andrew said.

They shined a flashlight and saw a 10-foot tall monster hovering above the ground, spewing smoke and gas. Its head was red, and spade-shaped, with a distinct point at the top. It had glowing eyes, with spindly arms and claws. Its body was covered in what looked to be green armor.

“Even though it was floating quietly, it was emitting a shrieking sound,” Andrew said.

The group ran home and reported the incident to the police. Other than a lingering smell, there was not much evidence left behind.

That is the basic origin story of the Flatwoods Monster. It was 67 years ago, but the legend lives on.

The telling of the story has varied over the years. For example, some people think there was a government conspiracy involved. Other versions mention a dog that died from the gas that poured out of the monster. Even more, the actual look of the monster is constantly changing.

The Flatwoods Monster Museum has become an epicenter of all the different interpretations of the monster. It is in an old pharmacy building, in the small downtown of Sutton, West Virginia. The storefront windows advertise the museum in different languages, for that international appeal.

It was originally supposed to just be the Braxton County Visitor Center, but what started as one, small shelf of Flatwoods Monster paraphernalia turned into an entire museum.

The museum is one large room. At the entrance, people are greeted by a life-sized Flatwoods Monster costume. The walls are lined with tall shelves displaying many interpretations of the monster, like drawings, figurines, lanterns, stickers, T-shirts and video games. Some look cute and inviting, while others have evil eyes and bulging muscles.

At the back of the room is another life-sized Flatwoods Monster, made from a green graduation gown, PVC pipe and a red, circular pizza pan. Another one sits on top of a shelf, it is just the head of the monster. Its menacing eyes peer down at guests. It has a bony, dark red face, hollowed out cheekbones and a grim reaper-like cloak.

“I have no idea where that came from,” Andrew said, accompanied with a nervous laugh.

He said that a lot of the collection has been donated by artists and collectors. The museum has also become a hub for all things spooky in West Virginia. It is a place for people to swap not just Flatwoods Monster knowledge, but ghost stories and UFO sightings.

Colby White, a Morgantown-based musician, has some merchandise from his band on display. Captain Catfeesh is a punk band with an Appalachian-folk music flare. A lot of their tunes are based on regional folklore, such as Bigfoot, the Yeti and of course, the Flatwoods Monster.

One of the Flatwoods Monster inspired songs is called `The Phantom of Flatwoods.’ It is a traditional West Virginian folk song written at the time of the sighting by a local named Don Lamb; however, Colby arranged the music to it.

A verse from the song reads, “Oh Phantom of Flatwoods from moon or from Mars, maybe from God, not from the stars. Please tell us why you fly over our trees, the end of the world or an omen of peace?”

Colby has a tattoo of the monster on his forearm. Most people interpret the tale as scary or evil, but he sees it differently. He thinks the Flatwoods Monster was just taking in its surroundings, when a group of kids and their mom approached from behind.

“Here comes a bunch of kids, a woman shining a flashlight in this dude’s eyes or this creature’s eyes,” Colby says. “Next thing he knows he’s getting blinded and freaks out and starts vibrating and basically throws up some weird oil on them. So, I think they startled him. That’s my theory, I think they startled the Flatwoods Monster.”

The monster surprisingly has a Japanese following that Andrew thinks began between the 60s and 80s. The character is featured in some older Japanese video games and was also made into figurines. They have an anime, cartoon look, with bright colors and a large, toothy mouth.

Andrew has used the Flatwoods Monster to try to boost tourism in the area. He even runs online ads in Japanese, which have proven to be fruitful. Andrew said a Japanese woman visited the museum last year after seeing the ad.

“She had seen this drawing her whole life, but she had no idea it was based in America or based in West Virginia. But learning that it was, she did this deep dive into West Virginia,” he said.

There are also different names associated with the monster like, the Phantom of Flatwoods, Braxton County Monster and the Flatwoods Green Monster. Andrew said in a board game it is referred to as “Braxxie.”

“Braxxie has been a word for maybe three years and how often I hear people using it is amazing,” he said. “And they use it like it’s old.”

There are even handmade wooden chairs painted to look like the monster. All five were built by a local carpenter and are placed throughout Braxton County. They are 10 feet tall with built-in stairs to reach the seat, they look more like a throne.

“You’re actually preserving the history and memory of the Flatwoods Monster and taking these pictures and putting them on the internet,” Andrew said.

Andrew said he believes the group saw something that September night in 1952. As to whether it was the Flatwoods Monster, Andrew said he will leave it up to the imagination.

And Colby, the musician, said a part of him would love to spot the monster in the wild, but he also likes the mystery of it all, the unknown. It gives him something to believe in.

This story is part of the Inside Appalachia Folkways Reporting Project. 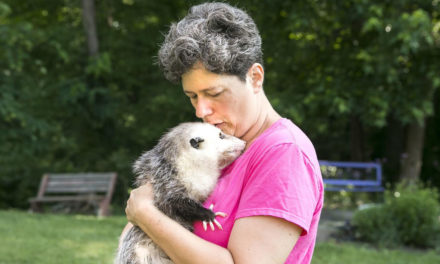 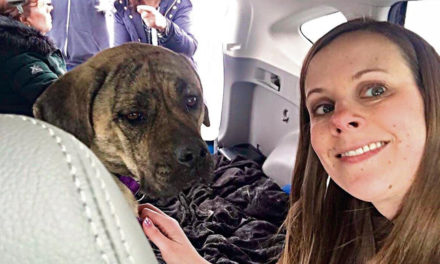