Hickory – Glorious!, the Hickory Community Theatre’s fifth production of its 68th season, and second show in its intimate Fireman’s Kitchen performing space, features Hickory’s own Tim Bolick, a local theatre favorite, alongside Aaron Ames, an accomplished pianist and newcomer to the stage, as the men in the life of Florence Foster Jenkins. The play is a comedy by noted playwright Peter Quilter, whose plays include the award-winning drama, End of the Rainbow, the West End pop musical, Boyband and the popular two actor comedy, Duets.

Bolick plays St. Clair, the English boyfriend of the famously untalented opera singer Florence Foster Jenkins. In this play based off the life of the real Madame Jenkins, St. Clair serves as both her biggest fan and entire support system as she appears on stage after stage, even Carnegie Hall. Not even her painful soprano notes can deter St. Clair’s love and adoration.

Ames plays Cosme McMoon, a talented classical pianist who becomes Florence’s accompanist for her lessons and famously awful recitals, eventually following her onto the stage at Carnegie Hall. He learns to support her with his music despite the vast difference in skill. All of Cosme’s piano performances in the play will be performed live by Ames himself.

Bolick is a life-long theatre devotee. With a degree in Theatre Arts from Western Carolina University, it’s no surprise that Bolick has been involved in countless local productions. Favorite roles include the Major General in Pirates of Penzance at Old Colony Players in 2015, The Complete Works of William Shakespeare (Abridged) at Hickory Community Theatre in 2012, and Captain Von Trapp in The Sound of Music at Hickory Community Theatre in 2011. He also won a Kay Award for his performance as Harold Hill in the 1991 production of The Music Man at HCT. When not on stage, Bolick is the Administrative Manager at Catawba County EDC and the Choir Director at Amazing Grace ELCA in Granite Falls.

Ames is the Adjunct Instructor of Collaborative Piano at Appalachian State University’s Hayes School of Music. He has served there since Fall 2010 as a staff accompanist, coach/accompanist for the Opera Workshop, and coach/accompanist for Cannon Music Club. He earned his Bachelor of Music degree from the University of the Pacific (studying piano performance) and went on to earn his Mater of Music degree from Appalachian state University (studying both piano performance and collaborative piano). The role of Cosme McMoon is his first significant stage performance. Hobbies include: reading, shooting pool, card games, video games, board games, and lots of music! He is married to Jenna Meeks Ames. 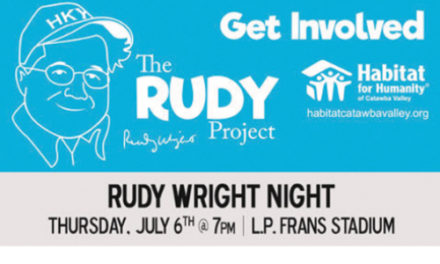