Jackson, WY (AP) – Sam Johnson was down. She was having a rough day in the Utah canyonlands, driving her van, it doubles as her home, on the tail end of a weekslong stretch in which she hadn’t seen anyone. Her cat, Zamboni, was ill.

“He had a digestive disease, and he got sick often,” she said. “And when he got sick that day he started getting sick on blood. And I was like, `I’m feeling so beat up.’

Alone in the desert, Johnson took a walk, but before she did she went onto Facebook and visited a few groups of fellow van dwellers, communities bound by their love of their homes on wheels and the invisible strings of social media.

“I was like, `Yo, if you’ve got any juju to put out there, whether it’s prayers or energy or whatever it is that you do,”’ she said, “`we could use it right now because I just feel real strapped and lonely.”’

She took her walk and went to bed beneath the blanket of stars that covers southern Utah. When she awoke, more than 1,200 people from around the world had responded, from those who knew her to those who had never set foot in the country upon which her van was parked.

Though they had never met, and many likely will never meet her, they sent messages of support, stories of their own struggles and invitations to their houses should her travels ever take her to their corner of the world. Johnson’s isolation and the outpouring of online support are somewhat contradictory hallmarks of the burgeoning culture dubbed “vanlife.”

Vanlife describes a movement of people, from young corporate employees to retirees, who give up the trappings of settled life and move into wheeled houses, some spartan, with merely a bed, and some extravagant enough to include libraries, sitting areas and miniature versions of the amenities we have come to expect from our homes.

Johnson lives in a Sprinter she designed and built herself, along with her new cat, Cashew, who was born on the road and knows nothing else. She and Cashew were among dozens of van dwellers who descended on the Linn Canyon Ranch on the eastern side of Teton Valley, Idaho, for the second annual Teton Valley Vanlife Gathering, a weekend of yoga, fireside open mics, ukulele lessons and, of course, van tours.

Nomadic living is nothing new, but vanlife is a different path. Most, if not all, the people who parked their rigs at Linn Canyon Ranch have not been forced to live in their cars. They consciously chose the lifestyle, and would not call themselves homeless.

Many, especially those in their early to mid-30s, expressed a displeasure with the idea that they had to choose a direction with their lives. They left cushy jobs, partners and stability because they reached some defined point in their lives and found it lacking.

Some sought an escape from what might be called “normal life.” Some were looking to travel. Some wanted to own a home and found that even a well-built-out Sprinter, whose price tag can crest six figures, cost a fraction of the median home price in their area.

Most, like Lauren Ettinger and Bridget Sweeney, whose vans were parked next to each other on the ranch’s lawn, wanted a combination of all those things. Ettinger grew tired of the rat race in Washington, D.C., while Sweeney had come to realize she didn’t want to stay in Massachusetts.

“I knew I wanted to do slow travel,” Sweeney said, “so that I could experience places before I eventually decided where to actually settle.”

Both women, like pretty much everyone at the gathering, were excited to show off their vans. With usually less than 50 square feet, economy of space is crucial, and the way dwellings are designed is a source of pride. Ettinger’s van includes a Murphy bed that folds into the right side to allow space for a sitting area.

The wall in the sitting area, which doubles as the underside of the bed, holds a small embroidered map of the United States with a snaking line in various colors of thread.

“I embroider my line across the country,” she said, “and I sew a dot every place I camp.”

Those touches make the vans homier, and more livable. Sweeney’s mom sewed her insulated curtains that cordon off the sleeping area from the cab, lending privacy to a home that is conspicuously public.

Many who built or designed their own vans talked about “non-negotiables.” For Sweeney that included mountain bike and ski storage beneath her bed, space for the requisite tools for a life of recreation on the road. Some included toilets, while some used that space for more cabinetry, and others, like Johnson, wired sound systems so they could bump music across every landscape.

Whatever the build-out looked like, the amenities serve to make life on the road more pleasant and much more like home.

Almost three years ago Nathan Beers hopped on his motorcycle and started riding around North America. He slept behind abandoned buildings and in the desert, basically wherever he found space for his bedroll.

Even with his isolated, nomadic lifestyle, he was always on the hunt for community.

“I’ll go to Facebook groups and look for events, like acro yoga or ecstatic dance classes,” he said, his leather boots curled under him as he ate a potluck dinner at the gathering. “Sometimes I’ll meet people and we’ll connect. … But if I’m not finding that community, I’m probably gonna bounce.”

Beers, who now lives in a 1990 Chevy Suburban, found his way to Teton Valley to replicate the kind of community that home-bound folk associate with the place they live. Even with friends in far-flung places, living on the road can be isolating, and the gatherings are a chance to see old friends and share stories from the road.

That need for connection was the impetus for Vanlife Diaries, the organization that hosts the Vanlife Gatherings. Started by three Australians in their home country and brought to the States by Kathleen Morton, Vanlife Diaries has found a way to capture the kinetic social-media-fueled energy that drives the movement and turn it into tangible things, like Morton’s book on vanlife and a documentary, “The Meaning of Vanlife,” that is just beginning to air.

Besides social media, through which many vanlifers connect or sustain their travels in paid partnerships with brands, two trends seem to run through the community. First, most vanlifers seem at ease both with themselves and in large groups of new people, which are wildly disparate traits that are not usually combined in one person. Second, like Beers, Johnson and Ettinger, they have taken advantage of the growing push toward remote jobs to allow them to travel without going broke.

Some work as writers, some as web developers. Others, like Noami and Dustin Grevemberg, have created sort of mobile careers intricately tied to their lives as van dwellers. The Grevembergs live in a 1985 Volkswagen Westfalia, which doesn’t quite have the slick, farmhouse vibe of some of the newer Sprinters, but is obviously well lived in.

Stickers adorn the surfaces, the pop-top boasts evidence of repairs, and rugs sit beneath the awning that rolls out above the sliding door. Dustin Grevemberg is trained in green building design and repair, and Noami Grevemberg is an ecoconsultant who works with businesses on marketing and communication.

Their formal training barely scratches the surface of how they sustain their traveling life. The New Orleanians also helped with the documentary, are a part of Vanlife Diaries and are ambassadors for Go Westy, a Volkswagen parts dealer and fixer and source of repair knowledge for travelers.

None of the pieces is lucrative on its own, as is true for all but the upper echelon of social media influencers, but with so many options the Grevembergs make it work. They have been on the road for several years, just like Beers, who has found that the more he travels, the easier it becomes to find the community all of them are searching.

“The bigger it grows, the more surreal it feels,” Beers said. “I’m rarely more than a six-hour drive from people I know now.”

Lynn Jones had her Ford Transit, which she has outfitted with a low-key bed and butane stove, for years before she attended her first Vanlife gathering, last year’s inaugural Teton Valley event.

“It was amazing to me that I wasn’t the only one out on the road,” she said. “It showed me I had a little more commonality with people I saw out there camping.”

That same revelation held true for Nancy Eaton, who attended her first just a couple of weeks ago, an all-female van gathering in Oregon called Camp Unite. Eaton doesn’t live in her van full time, but she sneaks several long trips in each year around her duties as a grandma back home in Salem, Oregon.

“It was only when I got connected to the online community that I realized there was such a large community of people out here,” Eaton said.

Eaton and Jones agreed that they took on the nomadic life (or seminomadic in Eaton’s case) because they like solo time. The flexibility of vanlife, the fact that you can just pick up and split if one place becomes boring, is one of the lifestyle’s biggest draws, but it necessarily comes with spending nights alone.

That makes gatherings like the one at Linn Canyon Ranch all the more important. They refill the nomads’ social tanks and prepare them for the long hauls and the empty dirt roads where they park their homes.

And most, like Johnson, soak up every ounce of connection while they can. Her Sprinter this year sat close to the entrance to the group area, a spot everyone passed to head to the bonfire or dinner.

“I was all the way at the other end of this field last year, and I couldn’t wait to be at this end of the field,” Johnson said. “And not like there’s any kind of exclusivity to it.

“But I just feel a lot closer to people, and they are literally the key to my success.”
Vanlife gathering
Van interior 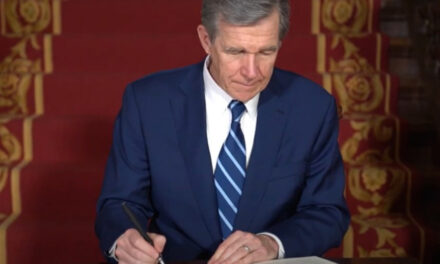 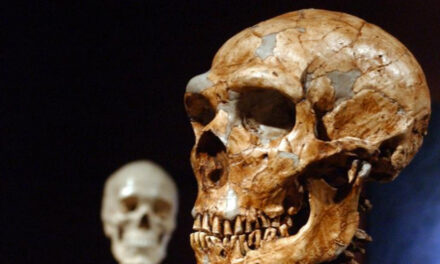