Newton, NC – Come to Newton and get a taste of the cultures in the area as the City of Newton Human Relations Council hosts the annual Unity Day Celebration.

The free event celebrates the diversity of the community through word, art, dance, music and food. This year, the celebration will take place from 2 to 4 p.m. Sunday, May 22, at Newton-Conover Auditorium, 60 West 6th St.

The mission of Unity Day is to bring the communities of Newton together in unity and love; to promote positive multicultural relations and harmony throughout the city; to bring everyone together by raising the public’s vision above barriers of color, culture and creed; and to celebrate the value of diversity through music, dance and food.

This year’s celebration will include musical performances by Pan Jive, Mariachi Mexico 2000, First Methodist Praise Band, Word of Life Choir, and Kellerhaus and dances by the Azteca Dancers and Israeli folk dancers. Featured this year will be Michael Reno Harrell, an award winning songwriter, as well as a veteran storyteller and entertainer.

Displays from the New Art School, Downtown Newton Development Association, Historical Association of Catawba County and Catawba County Library will be part of the celebration. There will also be free face painting.

Join the Human Relations Council as it recognizes previous Unity Award winners and as it announces the 2016 Unity Award recipient. The Unity Award recognizes a Newton resident, business or industry that has made significant contributions to social unity by promoting the acceptance of diversity in Newton. 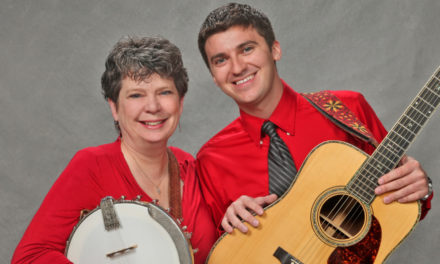 Carolina Moonlighters Will Sing On August 25 & 27 In Hickory