What are these destroyers of gourds purveying in their lyrics? A better question might be does their namesake come from a horrific act of holiday destruction? Or do they have something against large vegetables? Either or is irrelevant and a subject for another day. However according to these smashers of pumpkins, the world being a vampire is something to look into.

It seems impossible to conceive that the world (as in the planet itself) is indeed a vampire. Perhaps the corpse of a dead vampire is plausible? Considering the number of “stakes” in the form of telephone-poles or deep core drilling that have occurred? But would we really need fear a planet sized vampire? Wouldn’t it feed on other planets? Maybe these pumpkin oppressors are speaking of the world in general; lashing out in a rebellious tone against social conformity and modern society in general. Or maybe their saying the world, much like a vampire, SUCKS!

Why does our world suck so much? Oh gawd where to begin? Wouldn’t it be nice if we could just all view our world thru the eyes of a child, full of innocence and wonder? To see the world as it should be rather that what it has become. Yet as adults we have become tainted, distanced and worst of all numb to our own sad condition.

Yes, where to begin? Honestly we could fill the pages of this newspaper and every one that follows it and only scratch the surface of that particular subject…but we’re not going to (at least not today). Droning on and on about a problem seldom solves it. So rather than focus on what’s wrong, let’s concentrate our efforts on how to make it right. How can we (all of us here in vampire world) make the world a better place? Perhaps the best, most basic and easiest way to start is with something very simple that we can all do with little or in some cases no effort: common courtesy.

(GRATUITOUS APPLAUSE) Thank you, thank you! That was perhaps the longest, out of the way, around the world (which may or may not be a vampire) column intro this writer has ever conceived. But wouldn’t it have been more courteous to you the reader, had the writer not wasted so much of your time? Right now many younger readers are wondering “what is this courtesy of which you speak?” And many older readers have probably forgotten the time when “common courtesy” wasn’t as uncommon as it is today.  For those of you who have never known or forgotten, Webster’s defines courtesy as the showing of politeness in one’s attitude and behavior toward others. Basically, it’s the way we should treat our fellow human beings. Not just the ones we know or deal with on a daily basis but EVERYBODY! It goes a step beyond “doing unto others” and actually implies you take a moment out of your precious time to acknowledge and respect other’s existence. If we all treated each other just a little bit better, wouldn’t that little bit add up and make our world a better place?

Once again, where to begin? Where is the best place to practice uncommon courtesy? Perhaps the best place to start is one everyone has to eventually go to, a place which is truly the central hub of human activity and interaction – the grocery store.

When you arrive at the local market don’t bypass that cart some inconsiderate jerk has jockeyed up next to a light post. Take an extra moment to grab it and take it inside as you go, you may need it anyway. When you’re done with your own buggy don’t be an inconsiderate jerk, walk it back into the store, it won’t kill you and you could probably use the exercise. Maybe they’ll be a little more thoughtful bagging your foodstuffs if they don’t have to run out in the rain to retrieve your abandoned buggy later.

While your cart is in use, stay off your phone or at least out of the aisle-way. Your conversation is not important enough to block others shopping. If it was you probably wouldn’t be on aisle #7 deciding on which cereal has the highest fiber content. Also put it away at the register. That’s not a robot ringing up your purchases, it’s a fellow human being. In addition they will probably need to interact with you at some point during this transaction. You need food, it will cost you money, so pay attention, this process is important.

Try not to block the aisles or automated door ways. There’s no need for your brood to spread out across the aisle’s width like a Japanese street gang. Aisle ways work like highways – keep to the right. Likewise automated doors should be viewed like one 4-way stop. First to arrive goes through first.

These are just a few common things you can do in a common place. Small acts that when accompanied by words such as “thank you, excuse me, I’m sorry and look out for the beet pickle spill on aisle 3” may make a positive difference in someone else’s day.

So take a moment from your busy, crazy, hectic day to exude a little compassion, kindness and courtesy. It’ll do wonders for your mood, too, and maybe keep beet juice off your shoes.

Now if you’ll excuse me I must go. Thank you for taking the time to read my column. I’m sorry if it was a suck. Always watch out for beet juice. 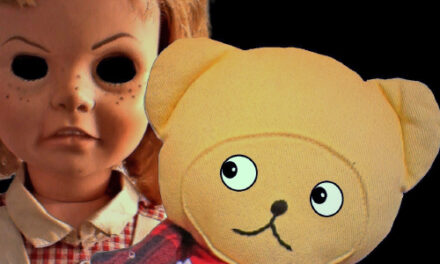 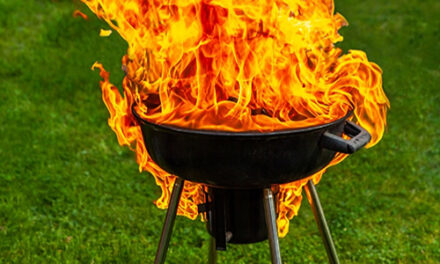 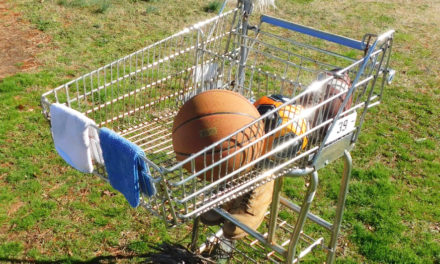