Trio Of Talented Local Actors Come Together For Rock Of Ages At HCT, Opening January 20

Hickory – What do a nightclub owner, a busboy and a waitress have in common? In the jukebox musical, Rock Of Ages, they have a common cause, fighting off a pair of real estate developers who want to drive rock and roll off of Los Angeles’ Sunset Strip. The upcoming production at the Hickory Theatre, opening on Friday, January 20, features three talented, local actors in these roles. 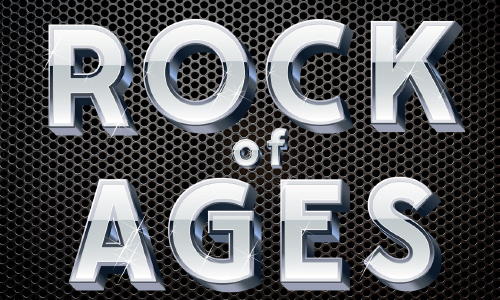 Making his HCT debut as Drew Boley, the busboy and aspiring rock star, is Lucas DeVore. A self-professed lover of rock and roll. His previous stage roles include Emmett in Legally Blonde, or which he was nominated or a Metrolina Theatre Association award. DeVore works as Technical Director for the Huntersville United Methodist Church and is also the driving force behind LAD Space in Mooresville. “The average rental venue in the Charlotte Metro area costs as much as $1,000 a day,” he said. “That is why we created LAD Space, offering affordable rentals, classes, projects and opportunities for all artists.”

Returning to the HCT stage is Lark Bodnar, who plays waitress and aspiring actress Sherrie Christian. She took her first bow at HCT as a Hunny Bee in Winnie The Pooh Kids in 2012. Their other theatre roles include Malcolm in Macbeth last October at HCT and Jenna in Be More Chill for North Raleigh Arts and Creative Theatre in 2019. “I feel like HCT is my second home,” she said. “I love the fun music in this show and how Sherrie keeps her hopes high even as she grows up.” Bodnar studied Biological Sciences at North Carolina State University.

Daniel Lung plays Lonny Barnett, co-owner of The Bourbon Room on the Sunset Strip and also the show’s narrator. Although Rock Of Ages is Lung’s HCT debut it is not his first theatre experience. His previous stage roles include Ty in Sordid Lives and Tin Man in Christmas In Oz at Newton Performing Arts Center, Riff Raff in The Rocky Horror Picture Show with Old Colony Players. Thanks to a degree in Dance Education from East Carolina University, Lung has also worked as choreographer, most recently for the Old Colony Players production of The Hunchback of Notre Dame.

The HCT’s 74th season is sponsored by Paramount Automotive, Sunbelt Xpress and Frye Regional Medical Center. HCT is a funded affiliate of the United Arts Council of Catawba County. Rock Of Ages is produced by Alex Lee, Inc.

PHOTO: (from left) Lark Bodnar as Sherrie, Daniel Lung as Lonny and Lucas DeVore as Drew in ROCK OF AGES, on stage in the Jeffers Theatre from January 20 through February 4 at the Hickory Community Theatre. Photo by Eric Seale.