Tickets Now On Sale For HCT’s Matilda The Musical, Opens 10/4

In this delightful family musical, Matilda Wormwood is a young girl who is a misunderstood misfit in her own family. She is bright, inquisitive and loves to read but her parents and older brother are shallow, self-centered people who mock Matilda’s intelligent nature at every turn. In the Hickory production Matilda’s family are played by a trio of local actors with their own diverse life experiences.

Born and raised in North Carolina, Heather Baines, who plays Mrs. Wormwood, hails from Statesville, North Carolina and earned her BFA in Theatre Arts Education from East Carolina University. In addition to her Theatre Arts Degree, Heather is also holds a valid NC Teaching License in K-12 Theatre Arts and K-6 Elementary Education. She is the Theatre Director at Liberty Preparatory Christian Academy where she also teaches the fourth grade. Mrs. Wormwood is her fourth role at the Hickory Community Theatre. She was I the women’s ensemble for Les Misérables and played Gingy in Shrek, both in 2014.

Nathan Crabtree has the role of Mr. Wormwood and he is also an educator. He holds Bachelor’s and Master’s degrees in Music Education from Appalachian State University and currently works teaching music for Catawba County Schools. He is also the music director for the Northminster Presbyterian Church. Originally from Greensboro, Nathan has lived in Hickory for 25 years. When asked about why he auditioned for this show he replied, “I’ve always loved the show, especially the songs the students sing. I wish I could be in their ensemble, but a nice consolation is to be able to work with them and ‘torment’ Matilda.” Nathan also had his first HCT experience in Les Misérables where he played Mousier Thénardier.

Caleb Price, who plays Matilda’s brother Michael, is originally from Abakan, Russia and came to Hickory in 2001 when he was adopted into the Price family. He graduated from Fred T. Foard High School in 2015 and currently a cook at Charlie Graingers. His first experience with HCT was with the RugBug Theatre in 2009. He has also played Rumpelstiltskin in 2012 at Thalian Hall in Wilmington, NC He says he chose this show because it’s the first Broadway musical I saw. Granted it was a tour show in Durham; but it was still magical.” One more noteworthy thing about Caleb is that he recently found his biological sister in Russia through Facebook.

The Hickory Community Theatre is a funded affiliate of the United Arts Council of Catawba County. Roald Dahl’s Matilda the Musical is produced by Alex Lee, Inc. A Cleaner World, Paramount Automotive, the City of Hickory and Sunbelt Xpress sponsor the 2019-2020 Season. 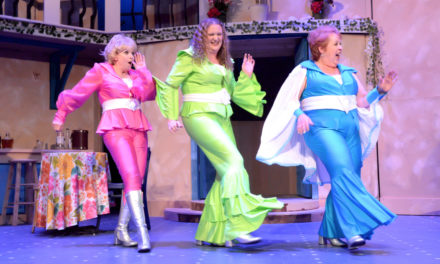 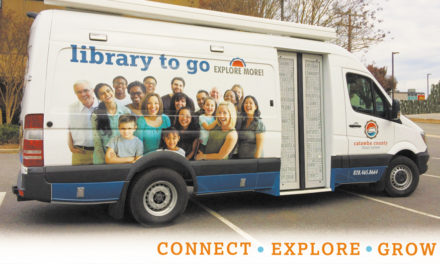 The Library To Go Announces Open Houses For March 8 & 15