Briiinngg!!!
Hey there empty-nesters the 50’s called. Now Don’t Get Bent but they want their Brylcream and Saddle Shoes back. Dang, remember the night you wore the Coonskin Cap and played Backseat Bingo at the Car Hop? It was the same night twenty of your Crazy Cool Cats stuffed themselves into a Phone Booth. Somebody was Crusin’ for a Brusin’ fer sher. Yes, gone are the days when a Hula Hoop and Silly Putty made you Radioactive. So slick back your DA and Cast an Eyeball on your Spud Gun then point it at any keepsakes in your Pad because the 50’s might ring-a-ding-ding again.

Briiinngg!!!
Groovy, the 60’s called. Don’t Flip a Wig Flower Childs they just want your Bellbottoms and Mood Rings back. That’s right, get your grove on and cut those Square nostalgic ties. While you’re at it Dolls, toss in the Go-Go boots that had you looking Stellar under Black Light back in the day. Of course, they would have been Primo for Halloween…if they still fit. Far out, you still have your Troll collection next to your Lava Lamps. Wicked! Suppose they keep the Sea Monkeys company too. Anyway, vinyl is the new MP3 BAs, so you’ll probably want to surrender the Beatles albums, which you always denied owning. Then enjoy walking down memory lane in psychedelic Threads. After all, Tie-dye never goes out of style. Just remember to wear a Smiley face when you do the Twist!

Briiinngg!!!!
Chill Wannabees, it’s the 70’s calling. Busted! They want your Pet Rocks and Platform shoes back, you know. Dig It and snag some Boob Tube while I convince them to grace you with the 8-Track player and Disco music you adore. You know, it’s Sick you want to keep that stuff sooooo…what if you surrender the Daisy Dukes (which haven’t fit since…whenever) and your Bangin collection of String Art. Then hang onto the Star Wars Action Figures for a few more decades and continue reliving the good ol’ days watching Happy Days dvds, you know. Boo-yah, sounds like the deal of the century! Wowzer, let’s take a drive in your Smokey & the Bandit Trans AM and watch the dashboard Hula Girl shake, you know. Hey, still keeping Mexican Jumping Beans in the glove box? Be there or be Square!

Briiinngg!!!
DUH!! It’s the 80’s calling and somebody pleeeease Gag Me with a Spoon! Dang Spanky, not only do they want your Big Hair back with any leftover Aqua Net, but they have cordially requested your Jelly shoes, Koosh ball, Boom Box and Miami Vice wardrobe collection. Cowabunga, that’s hitting below the Hacky Sack. Harsh, man. Seriously, the nerve! And to think you Head Bangers just FOUND Waldo. Schweet! Now gather your Posse and let’s find the Beef, sport a Mullet and smack some shine on the Penny Loafers. You know, it’s almost a disgrace to think Alf is the only thing they’ll let you keep…and that’s just because they don’t want to hide all the cats. Cheeuh! Like, Barf Me Out.

Briiinngg!!!
Whassup! It’s the Freaking 90’s and they would have texted but decided to dial digits instead. Apparently they demand any Beanie Babies in your possession. NOT! Hey, don’t Go Postal but they’re confiscating your Fanny Pack and Furby too…which…you never knew what it was anyway. It’s All Good since you’ve been sporting Rollerblades while dancing The Macarena in your Saggy Pants. “As if! Eat my Shorts!” OMG, my bad! didn’t mean to snitch. Simply tone down the Grunge and I’m sure you’ll be Phat. Remember your Tickle Me Elmo? Well, Elmo and The New Kids on the Block are sporting Tattoos, Piercings and know exactly where to find Pokemon. Brutal, I know. Yo, don’t be Trippin’. Gotta Bounce!

Can You Imagine…Talk to the hand. Cha-Ching!
Smile, frenzied fads and sly slang awaits! 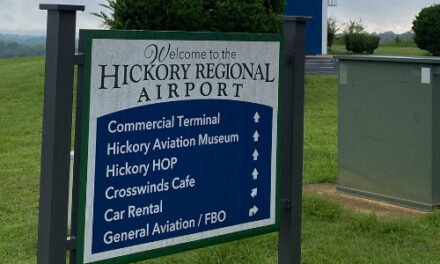