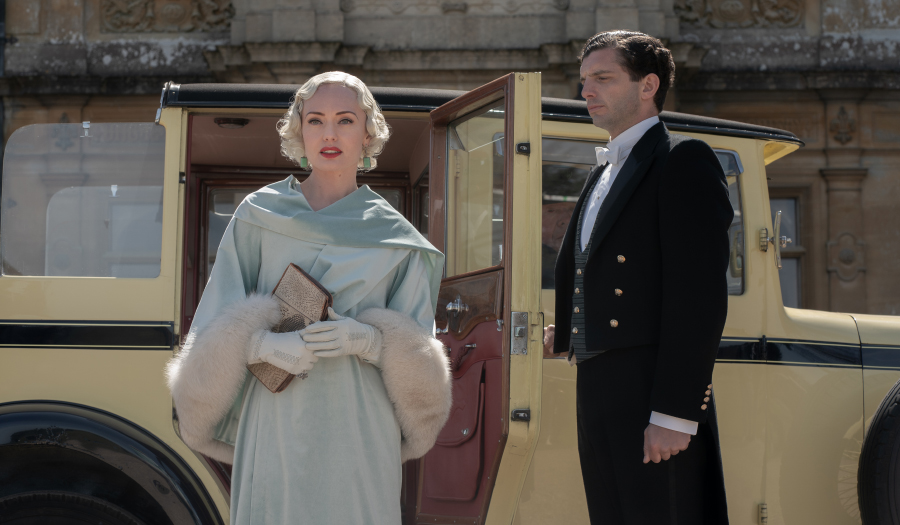 Downton Abbey: A New Era (2022) The second spin off from the beloved PBS series reunites most of the series’ cast and the creative talent. Here the characters find themselves involved in the midst of a film production using Downton as a silent movie backdrop.

Grease 2 (1982) The sequel to the 1978 mega hit gets a 40th anniversary release in a handsome new steel book set that retains the extras from previous releases.

The Contractor (2022) A recently discharged serviceman (Chris Pine) gets involved in clandestine operations in Germany in this thriller from last April getting a 4K release this week.

Two musicals starring or co-starring Judy Garland are being issued by the label this week. Ziegfield Girl (1941) is the technicolor tale of three people sharing the dream of becoming the person of the film’s title. Extras include audio outtakes, introduction, Our Gang short and a musical short. For Me and My Gal (1942) is the tale of a song and dance pair (Garland, Gene Kelly) trying to make it through the tough climate of World War I. Extras include musical shorts and a commentary.

Tales of Hoffman (1951) A poet dreams of three people who break his heart in different ways in this technicolor drama from the winning team of Michael Powell and Emeric Pressburger. Extras include interviews, commentary and archival photos.

Bridge on the River Kwai (1957) and Lawrence of Arabia (1962) each get a 4K upgrade this week from the label in separate editions.

The Fabulous Baker Boys (1989) and the cult classic, Forbidden Zone (1980), are two of the title being issued this week from the company.

The recent release, The Northman (2022), gets a physical disc release this week along with a new 4K upgrade of the Bourne series in what’s being billed as The Complete Collection (2002-2016).