Home » News » National News » The Search Is On For The Grave Of America’s First Published Poet, Puritan Anne Bradstreet

(AP) – Anne Bradstreet was the North American continent’s first published poet, yet her legacy has largely been lost to time.

Now, professors and students at Merrimack College in Massachusetts are trying to pinpoint her burial site while at the same time restoring her legacy and what they say is her rightful place in the pantheon of Western literature.

“Even though we don’t know much about her, she was a household name in the 17th century, both here and in England,” said Christy Pottroff, an assistant professor of English at Merrimack.

Bradstreet’s 1650 book of poetry, “The Tenth Muse Lately Sprung Up in America,” was a sensation both in the Colonies and in her native England, where people were fascinated by her accounts of everyday life in the New World.

Because of her family’s prominence and support, she had access to educational opportunities many Puritan women did not.

Most of her writings were about domestic life in the Colonies, her role as a woman and mother of eight, and her devotion to her husband.

“I prize thy love more than whole mines of gold, Or all the riches that the East doth hold,” she wrote in a piece titled, “To My Dear and Loving Husband.”

She also wrote about the horror of watching the family’s home go up in flames.

“Then, coming out, behold a space, The flame consume my dwelling place,” she wrote in “Verses upon the Burning of Our House, July 10th, 1666.”

It was all written through the lens of her Puritan faith.

“She thought poetry was a vehicle for glorifying God,” McWhorter said.

Bradstreet did not set out to become a published poet. Her writings were at first shared with family.

But her brother-in-law took her manuscripts to London, where they were published. There is a school of thought that he did so without her knowledge, but it is more likely she did know he intended to have them published, Pottroff said.

Although the project began just last year, McWhorter’s fascination with Bradstreet dates to 2009 when she was interviewing for a job at Merrimack and learned the poet was buried somewhere on campus. It turns out that’s not true. But scholars think she was buried not too far away in what is now North Andover, which in the 17th century was still part of Andover.

Even though there’s a marker for Bradstreet in an old burial ground in town, it was put up about two decades ago and is not her gravesite. Her original grave marker was likely wooden and long lost to weather and time, Pottroff said.

The professors and students think she was actually buried near the cemetery on land where her family home used to be and which is now private property. The aim is to use ground-penetrating radar to find subterranean disturbances that might indicate a burial site. Given the passage of time, there are unlikely to be any remains, and even if there are, there are no plans to exhume them.

The goal of the project is just to find the burial site and bring Bradstreet’s work and life back into the light.

“We want to rebuild some of her legacy that has been lost,” said Emma Leaden, a senior English major at Merrimack helping with the project.

Leaden had never heard of Bradstreet but eagerly got involved in the project.

The group is developing a walking tour app about Bradstreet’s life so people can trace the footsteps she may have taken around what was then a remote town. It’s also putting together a Bradstreet lesson plan for high school teachers to use in the classroom. 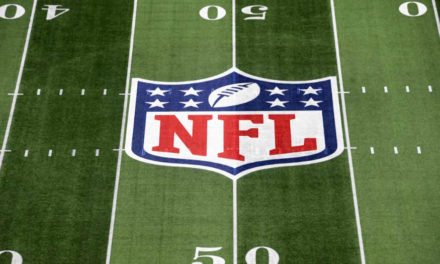