It’s really no secret that, speaking strictly in terms of product quality, the Disney subsidiary Pixar Animation Studios hasn’t had the best batting average in the sequel department. It’s no small surprise then that Pixar and company have a solid run at the bat this time around with their latest attempt, The Incredibles 2. This is a film that’s been talked about since the original film made a splash fourteen years ago and with that big of a gap in between films sometimes things don’t always end so well.  I’m happy to report that writer-director Brad Bird, along with his exceptional voice cast and tremendously talented team of technicians, hasn’t missed a step. In other words, if you’re one of those who’ve been salivating for the further adventures of The Incredibles then you’re not going to be disappointed. Things get off to a nice start with a scene involving Violet (Sarah Vowell), the daughter of super hero couple Helen (Holly Hunter) and Bob Parr (Craig T. Nelson), accidentally revealing her identity to a classmate on whom she harbors a crush. The classmate promptly has his memory of the incident removed leading to a later subplot wherein Bob, now tasked with being the stay at home dad, attempts to right the wrong and get things back on the right track. This illustrates what audiences find most appealing about this series in that it sets its focus as much on the demands of family obligations as it does on the demands of being a superhero. That’s something we’re not likely to get a sense of in most modern day comic book films and it’s certainly a welcome breath of fresh air.   The main plot, so to speak, involves Helen being tasked with proving to the public the value of super heroes in our current society. A telecommunication mogul wants Helen to front the campaign to get the message out, which he and his sister are spearheading. Helen gets her opportunity to use her Elastigirl superpowers when a villain named Screenslaver begins controlling people’s minds through the screens to which everyone seems to be glued these days. The Screenslaver villain is only one of the many cleverly subversive touches that writer-director Bird brings to the plate.    Meanwhile back at home, dad Bob has his hands full when the couple’s infant son, Jack-Jack, begins exhibiting his own super powers. Eventually Bob must corral his family and save the day as a unit, much in the manner of the original film.

The Incredibles 2 has a lot to recommend it, although like the first Incredibles adventure, there are occasional shifts in tone that may bother some. Still, there’s so much to like about this film it’s hard not to recommend it. So far it’s the best film the summer movie going season has had to offer.

The Incredibles 2 is playing everywhere as of Friday this week. 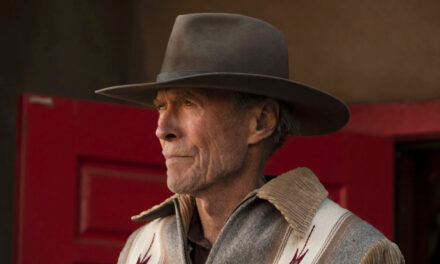 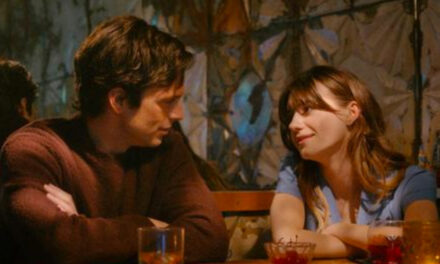