Based on an actual lie, the tagline for The Farewell claims. Well, there’s certainly truth in advertising as this is purportedly a true story inspired by events in the life of the behind the camera talent. The Farewell is a rarity in that it manages to successfully straddle the line between tragedy and humor in equal measures without getting too bogged down on either side of the fence. It’s a life affirming film that will both tug at the heartstrings and bring a smile to the face of those willing to get on its wavelength.

Shuzhen Zhao & Awkwafiina in The Farewell

Billi (Awkwafiina) is a young New Yorker in her early twenties who’s trying to find her way in life. Things take an unexpected turn for Billi when she receives news that her grandmother, affectionately referred to as Nai Nai (Shuzhen Zhao), has been diagnosed with terminal lung cancer and given three months to live. Billi, her parents and her brother decide to make a final journey to visit her grandmother in her native China under the pretense that her brother is getting married. The theory goes that by keeping Nai Nai’s health condition a secret from her it may prolong her life.

There are many beautiful moments in The Farewell although some of the best ones are reserved for the film’s final act. There were times when I wanted to the film to resonate a little deeper on an emotional level but that’s a small quibble. It’s a touching film that should not be missed in a summer filled with sameness.

The Farewell is playing everywhere.
Questions or comments? Filmfan1970@hotmail.com 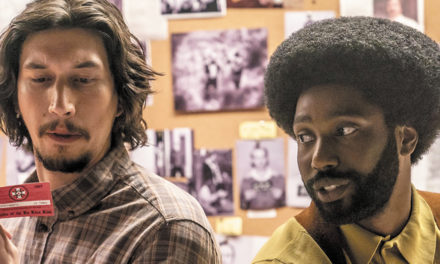