You have to hand it to the creative talents behind the horror opus Green Room. I can’t recall ever having seen a fright film where a rock group serves as protagonist and the group members are forced to fend for their lives. And yet that’s exactly what we have with this film. It’s a unique idea to be sure even if the film itself proves only to be marginally successful.

In the case of Green Room, the group in question goes by the moniker of The Ain’t Rights and one would be hard pressed to label them as being a success on any level. The group is so cash strapped at the film’s beginning that the group members are forced to siphon gas from other people’s vehicles, a scene serving to illustrate the group’s resourcefulness.

At any rate, it’s apparent that The Ain’t Rights have been on a long tour, of which they’ve now reached the end with little to no positive outcomes forthcoming.

The broke rockers are offered a gig at a low rent club in Oregon and figure they have nothing to lose which goes to show how little they know. Things take a definitive wrong turn once they accidentally become witnesses to a murder and become the target of the club’s owner (Patrick Stewart, yes you read that correctly) who decrees that the witnesses must be exterminated.

Anton Yelchin, the youthful star of the indie darling from several years back, Like Crazy and the 2011 remake of Fright Night, essays the role of the leader of the band, so to speak. It falls into his character’s hands as to how to formulate a survival plan. In the interim all sorts of violence-laden shenanigans ensue, the most amusing of which is a violent attack by dog and the slashing of a main character’s arm.

It’s fun and interesting to watch Patrick Stewart play against type here as the thuggish club owner and that’s one of the best things about the whole endeavor. This is the kind of casting against type of which I’m a fan.

As for the film itself, it is competently executed—no pun intended—and offers some uniquely gory thrills but it doesn’t really tread any new ground. Writer-director, Jeremy Saulnier, whose previous effort, the revenge thriller Blue Ruin, was an indie darling (I was somewhat immune to its charms) stylishly orchestrates the whole affair quite well. Still, I couldn’t help but feel I had been down this road too many times before and that’s something even the unique casting and gory visuals couldn’t remedy. 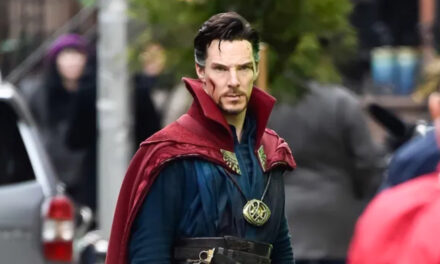 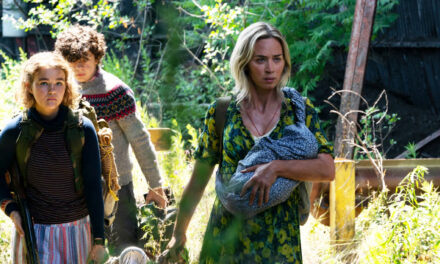