By John Rogers, The Associated Press

Los Angeles (AP) Although he’s one of the most accomplished skydivers in the world, Luke Aikins will tell you what he’s about to do • jump out of a plane without a parachute • is one crazy stunt.

“If I wasn’t nervous I would be stupid,’’ Aikins, who has jumped 18,000 times with a parachute, said recently as he prepared to jump from 25,000 feet without one. He plans to land in a giant net for a program being broadcast live Saturday on Fox. (Ed. note: Aikins jumped & survived on July 30, 2016)

Crazy perhaps, but only the latest in a long line of outrageous endeavors. Here are 10 of the craziest and most dangerous.

• Evel Knievel’s Snake River Canyon Jump: After years of jumping motorcycles over buses, trucks and fountains, and breaking many of his bones, Knievel decided to ride a rocket-powered motorcycle across a mile-wide chasm in Utah’s Snake River Canyon on Sept. 8, 1974. He didn’t make it, his cycle crashing on the canyon floor below. His escape chute deployed prematurely, likely saving his life.

• Felix Baumgartner’s Stratosphere Jump: The Austrian daredevil became the first skydiver to break the speed of sound when he jumped from a small capsule 24 miles above Earth on Oct. 14, 2012, and landed safely on the ground near Roswell, New Mexico, nine minutes later. Aikins helped train Baumgartner for that stunt and was the backup jumper.

• The Trade Towers Walk: Philippe Petit and his companions surreptitiously strung a wire between New York City’s then-recently constructed World Trade Towers on Aug. 6, 1974, and Petit walked across it the next day. He danced, strutted and clowned around for 45 minutes as startled bystanders watched from 110 stories below. The Frenchman’s stunt is the subject of the 2008 documentary “Man on Wire’’ and the 2015 film “The Walk.’’

• Karl Wallenda’s Final Walk: The patriarch of the famous German high-wire-walking family plunged to his death on March 22, 1978, while attempting to cross a wire strung between two hotel towers in San Juan, Puerto Rico. Although the 73-year-old Wallenda had performed much more difficult stunts, a wind gust caught him off guard and he fell. In 2012, his great-grandson, Nik Wallenda, became the first person to walk a tightrope across Niagara Falls. And a year later he tight-roped across the Grand Canyon.

• Move Over Knievel: Record-setting Australian motorcycle daredevil Robbie Maddison rang in 2009 by flying his bike 120 feet through the air and landing on Paris Las Vegas hotel’s 96-foot-high arch. The feat put a gash in one hand that required 10 stitches. Noting afterward that he’d previously broken his neck, wrist and collarbone doing stunts, Maddison said he considered this injury no more than a paper cut.

• Mad Mike Hughes’ Steam-Powered Rocket Jump: Using a rocket powered by the same technology as Knievel’s Snake River motorcycle, Hughes soared 1,374 feet across the Arizona desert in January 2014, staggering out of the contraption after it landed. He plans a longer jump later this year.

• Dean Potter’s Last BASE Jump: One of the sport’s most acclaimed and safety-conscious jumpers, Potter, 43, was attempting a twilight wingsuit leap from Yosemite National Park’s Taft Point on May 16, 2015, when something went wrong and he plunged to his death. Graham Hunt, a friend jumping with him, also died. BASE jumping is an acronym for leaping from a building, antenna, span or Earth and is banned in Yosemite, although it occurs there with some regularity.

• Johnny Strange’s Final Flight: The American adventurer, who at 17 became the youngest person to summit the highest mountains on all seven continents, was 23 last October when crashed into a mountain in the Swiss Alps while filming a video for a new wingsuit. The day before he’d posted on social media stunning close-to-the-ground photos he’d taken, but he’d also noted the weather had been unpredictable.

• Feats of the French Spiderman: “Urban climber’’ Alain Robert has scaled the tallest structures all over the world, often without ropes or harnesses and sometimes illegally. On Christmas Day 2004 he climbed to the top of Taiwan’s Taipei 101 Building, which at the time was the world’s tallest. Braving rain and wind, he climbed for four hours to get to the top, stopping along the way to chat with Taiwan’s president.

• Changing Planes in Midair: That’s what Paul Steiner did in 2010 when he climbed out of one glider flying at about 100 miles per hour over Austria, jumped onto the wing of another and then stood up and grabbed hold of the tail wing of the first plane as they flew in tandem. Steiner was wearing a parachute at the time, which he used to get back to the ground safely. 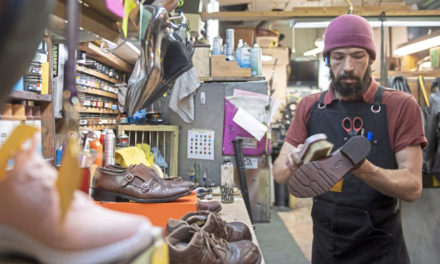 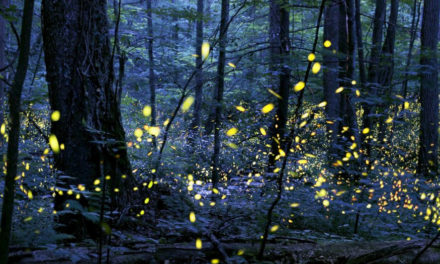