As most of you know, I’ve shared my personal pet peeve 6-pack in the past. Certainly, over indulging in a full-blown gripe-fest isn’t warranted. Thus, I’ve kept my list short and sweet. Until now. Grrrr…recalling rather un-fondly the fateful day I walked into my cable company and was asked to show ID.

I should preface this by adding I was a girl scout. Therefore, I travel prepared. Even a short trip to the grocery store for an emergency bottle of wine and I’m packing. Only necessities such as: power bars, scissors, magnifying glass, manicure kit, screwdriver, flashlight, cough drops, tissues, a plastic ‘shopper’ card for every store within a 50-mile radius and a small sewing kit in case of unexpected wardrobe malfunctions. Yes, all these items are in my purse. Consequently, it’s utterly understandable why, when I momentarily stop to hastily gain brownies points on my credit score I leave behind my 10-pounds of “everything I need” to guard my water bottle…which also accompanies me everywhere.

That ill-fated day, I was standing on my side of the counter smiling at the customer service representative. Suddenly, she asked to see my ID. My smile succumbed to disbelief. “You know me.” I uttered, totally shocked. “We have to ask. FCC Regulations.” she retorted.

“Sorry, I don’t carry my purse unless I have to. Besides, who is going to walk in here and pay my bill for me?” Honestly, who would graciously offer to pay my bill. Who? Anyone? Hey, just thought I’d ask.

Okay, fast forward…forever frustrated later…and I continue to suffer undue anxiety each month. Seems like Murphy’s Law every time I pay that particular bill…it’s the same customer service representative. I’ve known her for years. She battled cancer and won. We talked about how blessed she was, chatting each time I came in over the years. Nowadays, she probably dreads seeing me too. Recently, at due date time, Gina and I were on the phone and it just so happened I was distracted and accidently carried in my pocketbook. My heart sank when I saw her…I was next. Walking up I handed her my bill…knowing sure as Carter has liver pills she was going to ask. HA! I was already in motion when she spoke. Gingerly I took my ID out, flashed it quickly, then put it back. She wasn’t content and I wasn’t cordial when I stated firmly, “You saw it! That’s all you asked for…to see it.”

Needless to say, I left fuming. Wasn’t bashful about voicing my disdain either. Shame how trustworthy, law abiding citizens suffer the ramifications of a minute group of wrongdoers who embezzle, demoralize and deprive the system. Identity theft is obviously the precursor of fraudulent spending, which unfortunately derails the trust of everyone, by everyone. Yet, nothing shouts ‘unwelcome’ louder than being treated like a total stranger in a place you’ve been doing business for over a decade. For that reason, upon exiting I decided I wouldn’t return. Besides, if I mail the payment…I won’t have to show ID. If I do on-line banking…I won’t have to show ID. (This is where reality gets distorted and falls through the cracks, isn’t it?)

Finally, after a few minutes the steam coming out of my ears abated and Gina got a word in. “Tell me how you really feel.” she chimed.

Dickens, enough is enough. I’m not forced to show ID at the bank. Surely, banking regulations would be stricter than television regulations. What? Am I going to rob the cable company of a lifetime of free movies.

Surprisingly, I was so distraught over the sheer irrationality of the situation I wrote the FCC. Not that I expect a proactive response, but now they know how I really feel!

Yes, I’m a tad frustrated friends, but it’s bigger than showing ID to make a payment. The big picture encompasses the vast financial network of all our day-to-day transactions. For years now, mega corporations have been losing sight of the personal touch by forcing us to talk to computers when we call. And as the abyss of detachment widens we’ll need more than a photo ID to carry us into the future. Microchip, anyone? 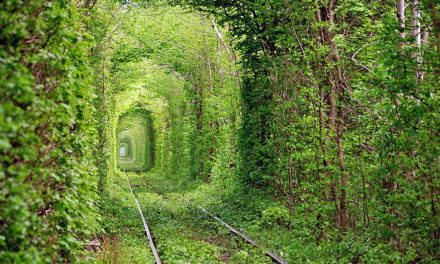