New York (AP) – A new analysis concludes that bones found in 1940 on a remote Pacific island were quite likely to be remains from famed aviator Amelia Earhart.

The new report is the latest chapter in a back-and-forth that has played out about the remains, which are now lost.

All that survive are seven measurements, from the skull and bones from the arm and leg. Those measurements led a scientist in 1941 to conclude that they belong to a man.
Now University of Tennessee anthropologist Richard Jantz has weighed in with a new analysis of the measurements, published in the journal Forensic Anthropology.

Earhart disappeared during an attempted flight around the world in 1937. The search for an answer to what happened to her and her navigator has captivated the public for decades. 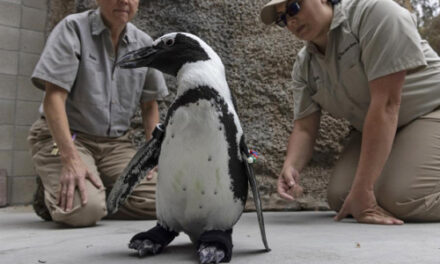