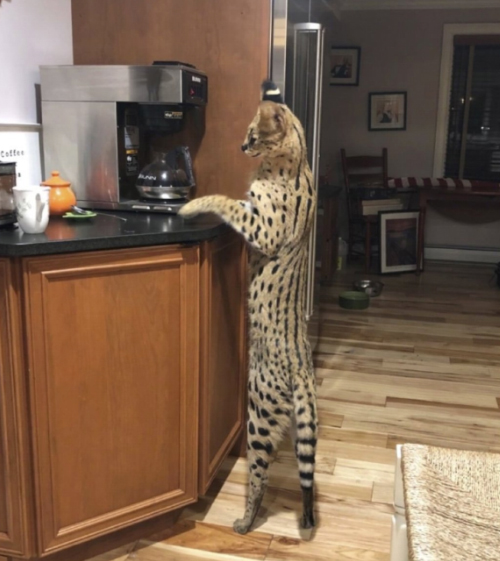 Merrimack, NH (AP) — A 40-pound (18-kilogram) African serval cat named Spartacus has been found safe and sound after escaping from his home and spending days in the New Hampshire wild.

The cat was “was trapped near its home and is in good health,” Merrimack police posted on Facebook on Friday. The animal has been returned to its owner, Dean King, who previously told The Associated Press that Spartacus had run away on Wednesday after getting spooked by the family dog.

King adopted Spartacus from a Florida zoo four years ago. Photos show the long, lean cat is tawny in color with dark spots and has lengthy ears rounded at the top. One photo of Spartacus with his paws up on the kitchen counter, eyeing a coffee maker, has gone viral on social media.

The family owns the cat legally and has a permit from the state’s department of fish and game, police said. Spartacus lives indoors, spending the days in an enclosure and roaming the family house at night.

Calls and emails to King weren’t immediately returned Saturday. His wife, Lisa King, posted a video of Spartacus perched in his enclosure on Saturday and thanked people for their support.

“I have a bond with this cat and he is my person,” she wrote in the Facebook post.

Merrimack is located along the river of the same name, around 12 miles north of the Massachusetts state line and features woods and conservation areas — including the aptly named Wildcat Falls Conservation Area.

Photo: Provided by Dean King, Spartacus his pet exotic African serval cat, stands up to look at a coffeemaker in his home in Merrimack, N.H. The 40-pound (18-kilogram) serval cat has been found safe and sound after escaping from his home on Wednesday, Sept. 9, and spending days in the New Hampshire wild. 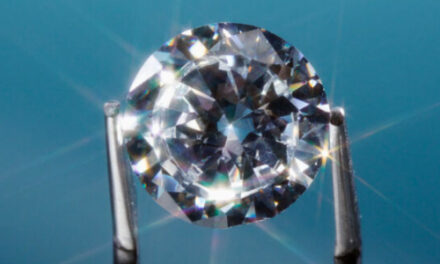 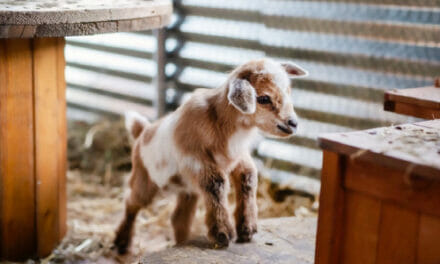 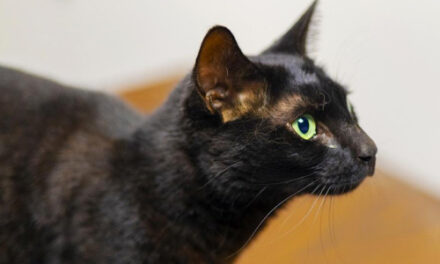 Rowdy The Cat, Caught After Weeks On The Run At Airport