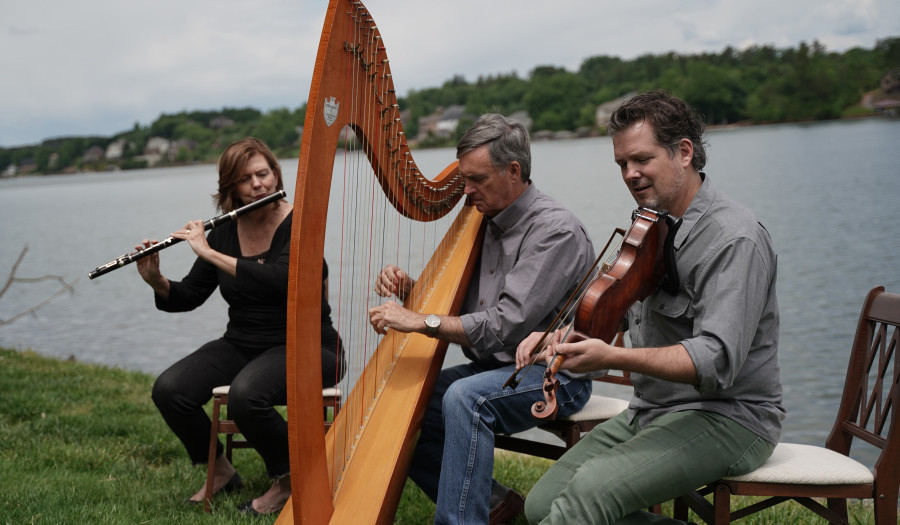 Happy Valley, NC – The Celtic trio “Soula” formed in Hickory, NC in 2020 as an outlet for three local musicians during the Covid pandemic. With great respect for the traditional Celtic repertoire, “Soula” brings special attention to the brilliance of contemporary composers. The style is loosely described as “New Traditional,” and includes Mike Willis on harp, flutist Suzanne Williams, and Liam Bailey on fiddle, banjo and vocals.

The concert at the Chapel of Rest in Happy Valley will be held on Sunday, April 24 at 4pm.

Mike Willis discovered an early interest in music as a percussionist with the award-winning Lenoir High School Band. He studied at Brevard and at ASU, and has extensive experience playing professionally with a variety of musical groups, including the New York Quartet and the Jerry Lambert Trio in Charlotte, Raleigh and Atlanta. He played harp and piano at the Tower Club in Charlotte from 1989 to 1996, and at the Eseola Lodge in Linville from 1982 to 1987. Mike currently plays freelance with several area groups.

Suzanne Williams started playing the flute at age 12 in sixth grade band, and was trained as a classical flutist at Stetson University in Florida. After moving to Hickory in 1989, she joined the local band “Puddingstone” in 2004, where she was exposed to the Irish flute and whistle, and fell in love with Celtic music. She also plays with the contradance band “Down the Hall,” and the flute and harp ensemble “Tapestry.” Suzanne has played with the Western Piedmont Symphony, and freelances for churches, civic organizations, weddings and other special events. She also plays the silver flute, the recorder, the gemshorn and the fife, and is learning to play the clawhammer banjo.

Liam Bailey has earned a name on guitar, banjo, fiddle, mandolin, piano and harmony vocals. With a nod to Celtic and Bluegrass, he founded “Two Bird Stone” and released “Hands & Knees” in 2020.

Liam grew up in the Northeast and spent high school years in the Netherlands. Son of a music teacher, he learned to play numerous instruments, and graduated Berklee College of Music with a BA in Film Scoring. His began working in commercial post-production where he composed, performed and produced media for nationally syndicated tv commercials; his music was featured on PBS, HBO, ESPN and A&E programs. In 2006, Liam left post-production to perform onstage with internationally recognized country artists at Grand ‘Ol Opry, Radio City Music Hall and others. He has supported artists musically on television, and joined the tours of Taylor Swift and Willie Nelson. He also participated in USO tours to Kuwait, Alaska and Afghanistan.

Today Liam maintains an active performance schedule with diverse virtuosic ensembles, working with One Riot Music Publishing in Nashville. A passionate private instructor and music teacher, he is also a devoted husband and father.

The Chapel of Rest is located nine miles north of Lenoir on Highway 268, adjacent to the campus of the historic Patterson School. Admission to the concert is $15, and includes a reception with the musicians to follow the concert. For more information about the concert, please call 828-758-0906. 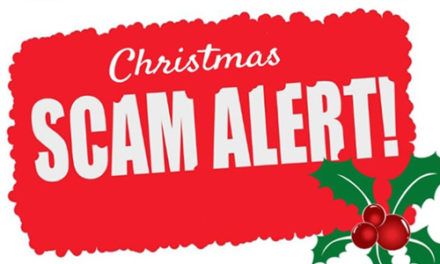 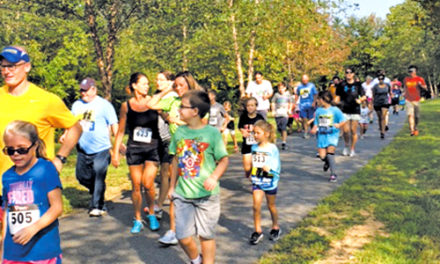