Negotiations between the players and the owners have already begun as the NFL’s collective bargaining agreement is up after the 2020 season. Most of the discussions, as is the case across all professional sports, will revolve around money.

Leaks from the negotiations came out last week and one idea being floated by the owners raising the number of games within the season. As more and more information about how the violence of the game impacts its players, it’s become a pivotal topic among both fans and the league.

Therefore it was newsworthy that the owners have proposed extending the season to 18 games, with the caveat being players are limited to 16 games.

The concept is obvious: the more games there are, the more money owners will make, and the more football fans will see. The owners are saying that a 16-game limit for players would do away with concerns about the physical impact of making the season longer.

We could debate that statement but I see other issues with this idea. In fact, I think it is a terrible idea. And I hope the players do not go for it.

I hope someone understands that the on-field product would become saturated as coaches attempt to prioritize when the starters should play games and when the backups should play games. There just aren’t enough good football players to ensure the quality of play wouldn’t drop when the most important guys on a given team are forbidden from playing two games out of the season.

Starters already go down all the time before the season starts, and fans are all too aware of how the quality of play will drop and the impact it will have. Now think about how bad the reserve for the reserve would be. They would have to play at least two games, no matter what.

And you know the owners are not going to drop ticket prices because fans do not get to always see the team’s top players.

The only clear winners are the owners, an exclusive group of multi-millionaires and billionaires who would earn more revenue from the two extra games. For the rest of us, the overall quality of play drops, you can’t count on your favorite players being active for any given game, and any injuries suffered over the season will have a dramatically increased impact.

Yes, most of us love football a great deal, and a longer season seems like it would be more fun. But a closer look should show you that this proposal is bad for the game and bad for the players.

Big Baller Brand has been spiraling downward pretty much since it started. They came out selling $500 shoes that fell apart, and soon enough the entire empire LaVar Ball had hoped to build around his basketball-playing sons began crumbling around him.

While the crumbling was taking place, partial Big Baller Brand owner Alan Foster was sued by Lonzo Ball for reportedly stealing $1.5 million from him. Lonzo has also reportedly cut ties with BBB and his dad altogether.

It appears that the company is at an all time low. And Lonzo has not done much at the NBA level. Just this week, photos were released of BBB attempting to get rid of the surplus by selling the apparel at a ridiculous discount.

Big Baller Brand went from selling $50 t shirts to selling them for $5 at local volleyball tournaments. One photo showed a sign offering a $100 deal. The deal consisted of a pair of shoes, a t-shirt, a hoodie, and a pair of socks.

Of course, this whole thing is slightly sad. Lonzo could have signed with Nike or Adidas or any major label after college. Instead, his dad got him to go out on his own. Sad in that you can now go to a local gym in Los Angeles and buy BBB gear for less than the price of a Subway sandwich. 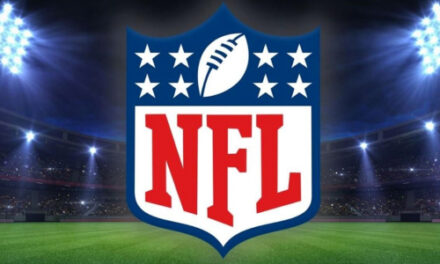