Craftsbury, VT (AP) – A sliding track in the northeastern Vermont town of Craftsbury was one of the coolest sledding places in the country during the re

Vermont Public Radio reports that the Craftsbury Outdoor Center had saved up snow at the end of the ski season in April by pushing it into a pile and covering it in plastic and wood chips. The center uncovered it and delivered more than a half-dozen dump truck loads to a block party when temperatures soared into the 90s. Neighbors used tractors to spread it out so kids and others could go sledding.

Judy Geer, co-owner of the Outdoor Center, which has a Nordic ski center and programs, said they are experimenting with storing snow in response to the changing climate.

Crew To Attempt Removal Of Mysterious Object From Beach 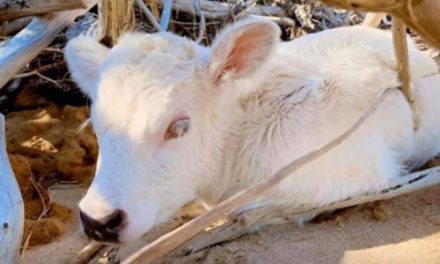 ‘Sea Calf’ Born To Cow That Swam To Shore After Hurricane