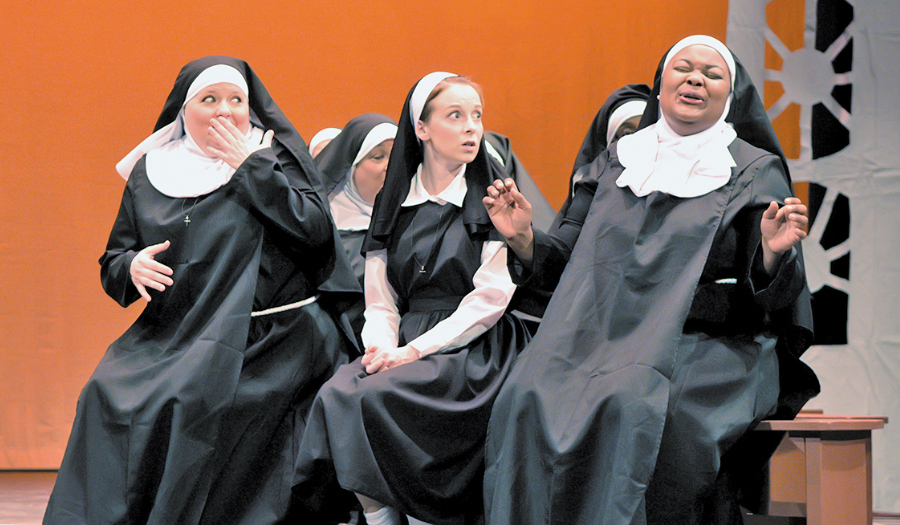 Hickory – The audience favorite Sister Act the Musical returns to the Hickory Community Theatre this weekend, beginning with a discount Thursday September 7th. Featuring a local cast of actors, the musical is an energetic romp that had opening weekend audiences up on their feet and dancing in the aisles.

It’s the story of a wannabe lounge singer, Deloris Van Cartier, who’s desperate for her gangster boyfriend to let her sing at has nightclub but when she becomes a witness for his murder trial she’s desperate to find a place to hide. The police put her up in the least likely place, a convent of sheltered nuns who’ve never been off the grounds. Deloris helps the nuns find their place in the world, while also discovering her own.

Performances of Sister Act are September 7th through 17th, Thursdays at 7:30pm, Fridays and Saturdays at 8pm, and Sundays (Sept 10 & 17) at 2:30pm. On Thursday night all adults are $16 and youth/students are $10. Tickets for Fridays through Sundays are $20; there is a $2 senior discount for Fri/Sat/Sun performances, and students and youth 18 & under are $10.

Tickets are available online at hickorytheatre.org or at the Theatre box office, in person or by phone at 828-328-2283. Box office hours are 12-5 Wed-Sat from August 30th through September 16th. 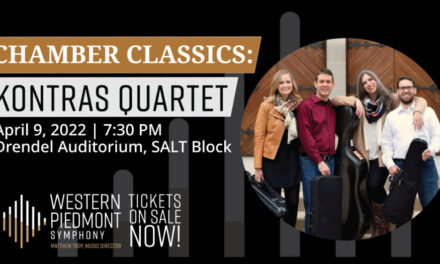 Learn About ‘The Eclipse Of A Lifetime’ At PARI On Fri., July 14 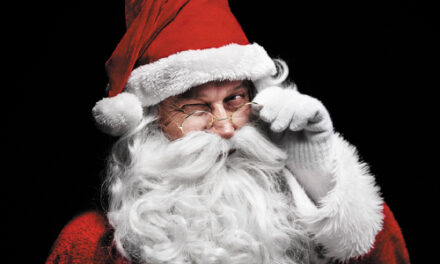 70th Craft Fair Of The Southern Highlands Is This Weekend, July 21-23, In Asheville