London (AP) – The 25-foot tall (7.6 meter) sculpture of a shark crashing through the roof of Magnus Hanson-Heine’s house in rural Oxford, England, is now a protected landmark, and he’s not happy about it. 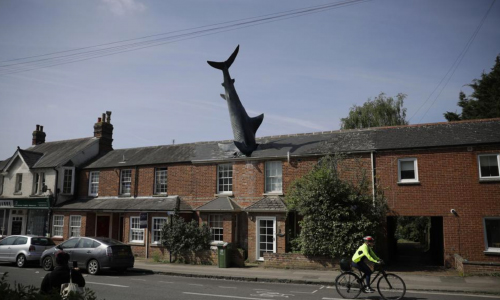 Hanson-Heine loves the installation, erected by his father and a local sculptor in 1986 as an anti-war, anti-nuke protest that still remains relevant now as bombs fall on Ukraine and Russian President Vladimir Putin rattles his nuclear weapons.

But he says the Oxford City Council ignored his father’s other message this week when it designated the structure a heritage site that makes a “special contribution” to the community. Bill Heine installed the shark without the approval of local officials because he didn’t think they should have the right to decide what art people see, and the council spent years trying to remove the sculpture.

“Using the planning apparatus to preserve a historical symbol of planning law defiance is absurd on the face of it,” Hanson-Heine, a quantum chemist, said in an interview with The Associated Press.

Bill Heine, an American expat who studied law at the University of Oxford, got the idea for the sculpture after he heard U.S. warplanes fly over his house one night in April 1986. When he woke up the next morning, he learned that the planes had been on their way to bomb Tripoli in retaliation for Libyan sponsorship of terrorist attacks on U.S. troops.

The image of a shark crashing through the roof captured the shock civilians must feel when bombs smash into their homes, Magnus Hanson-Heine said. His father died in 2019.

Heine and his friend sculptor John Buckley built the great white out of fiberglass, then installed it on Aug. 9, the 41st anniversary of the day the U.S. dropped an atomic bomb on Nagasaki.

“That’s obviously something that the people in Ukraine are experiencing right now in very real time,” he said. “But certainly when there’s nuclear weapons on the stage, which has been through my entire life, that’s always a very real threat.”

But the sight of three-quarters of a great white shark sticking out of the roof of a row of brick houses on a quiet suburban street isn’t always a serious subject.

The shark house has its own website, which features photos of Bill Heine and Buckley sharing a glass of wine alongside the sculpture and a young passer-by in a pose that makes it look as if she’s eating the shark.

Hanson-Heine recently had it repainted to restore the blue-green shimmer to the shark’s hide, keeping it in tip-top shape.

He laughs when asked whether the shark’s head can be found inside the house.

“I believe it was an urban myth for a while that it was poking above the toilet,” he said. “But no.”

Photo: A fibreglass sculpture known as the Headington Shark and originally called “Untitled 1986,” by British sculptor John Buckley stands appearing to crash through the roof of a house in the Headington area of Oxford, England, April 30, 2019. AP Photo/Matt Dunham, File) 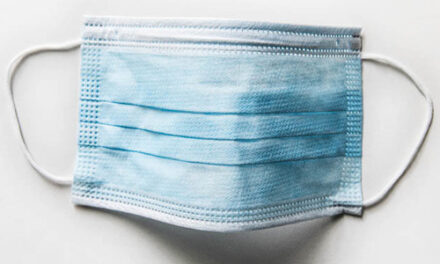