All Eyez on Me (2017) (**) The long awaited biopic of rapper Tupac Shakur turns out to be not much more than a greatest hits collection of events in the man’s life. Extras include Deleted scenes, two featurettes and interviews.

The Hero (2017) (***) This tale of a cancer stricken actor in the twilight of his life is a film tailor made for its star, Sam Elliott, who gives it his all. Extras include audio commentary and photo gallery.

The Big Sick (2017) (*** ½) An up and coming comic faces a crisis when his ex girlfriend suddenly becomes ill and he’s the only one around to care for her. This funny and poignant film is a winner all the way. Extras include featurettes and deleted scenes.

Phantasm 5 Movie DVD Collection (1979-2016) (** ½ average rating) features all five of the Phantasm films in one package. Extras include commentaries and trailers.

Wonder Woman (2017) (** ½) is the latest film in the DC comics’ canon and is basically half a good movie. The first half, establishing the origins of the title character, works well. Atrociously rendered CGI in the film’s second half, however, stops the film dead in its tracks. Extras include extended scenes, blooper reel and featurettes.

The Mummy (2017) (**) is generally considered to be one of the year’s worst films and a low point in star Tom Cruise’s career. While it’s definitely a bad film, this ill-fated attempt to resurrect the horror film character of the title isn’t the worst thing to come down the pike this year. Extras include deleted scenes, featurettes and commentary.

The Immortal Life of Henrietta Lacks (2017) (**) is the first starring role for Oprah Winfrey in quite a while. Too bad this true-life tale of a woman (Winfrey) whose mother’s body was harvested for genetic research never catches fire. Extras include a bonus featurette.

Transformers: The Last Knight (2017) (* ½) The fifth in the interminable Transformers franchise is about what you’d expect. More of the same except this time they’ve somehow enlisted Anthony Hopkins to join in on the insanity. Extras include multiple featurettes.

Porky Pig 101 (DVD only) (*** ½ overall package) is a comprehensive collection of virtually every Porky Pig short (101 in all) spread over five discs. Varied and numerous extras.

Innocent Blood (1992) (** ½) is an uneasy mix of laughs and thrills as a vampiress infiltrates the mob in director John Landis’ attempt to recapture the highs of his previous film, An American Werewolf in London. Worth seeing for the sight of comic Don Rickles as a vampire, if nothing else. No extras.

Waiting for Guffman (1996) (*** 1/2) A small Missouri town attempts to stage a play in honor of its 150th anniversary in Christopher Guest’s hysterical mockumentary. Extras include commentary, additional scenes and a trailer.

The Illustrated Man (1969) (**) Rod Steiger is the film’s title character, a man whose tattoos reveal various stories, all written by Rad Bradbury. A great looking film but awfully ponderous. Extras include a featurette and a trailer.

The Piano Teacher 2001 (*** ½) stars Isabel Huppert in an amazing performance as the sexually repressed instructor of the film’s title who unleashes the monster within when she begins a tentative affair with a student. Not for everyone but quite gripping. Extras include new interviews, commentary and behind the scenes footage.

Rebecca (1940) (***) Alfred Hitchcock’s first American film is his only film to win an Oscar for Best Picture. The tale of a household haunted by the memory of the owner’s first wife is technically sound but suffers from over length and an ending that’s way too conventional. Extras on the two disc set include episodes of the Tomorrow show featuring Hitchcock and star Joan Fontaine, screen tests, making of documentary, audio interviews, radio versions and trailer.

Mr. Mom (1983) (**1/2) One of the most successful comedies of its day features Michael Keaton as the title character, an out of work husband whose wife (Teri Garr) leaves him in charge when she becomes the breadwinner. Extras include a trailer and a new documentary.

They Shoot Horse Don’t They (1969) (****) Director Sidney Pollack’s masterful adaptation of the Horace McCoy novel about the various characters participating in a dance marathon still resonates in this compelling film.  Extras include two commentary tracks, trailer, making of featurette.

The Birthday Party (1968) (***) is director William Friedkin’s second film, an adaptation of the Harold Pinter play revolving around the mysterious appearance of two strange men who show up unannounced at a boarding house. Extras include a conversation with the director.

Seven Beauties (1976) (*** ½) Director Lina Wertmuller’s film about a crafty WWII era prisoner (Giancarlo Giannini), who attempts an escape by seducing a female prison guard, is one of the great anti war films whose potency has not been diluted one iota. Extras include documentary excerpt on the director, booklet, trailers and interview with director Amy Heckerling on the importance of the film.

Twilight Time (limited to 3,000 units and available for purchase www.screenarchives.com and www.twilighttimemovies.com)

Beneath the 12 Mile Reef (1953) (** ½) Stars Robert Wagner and Terry Moore are two star crossed lovers whose respective families toil in the sponge diving trade in this reimagining of the tale of Romeo and Juliet.   Extras include isolated music track and featurette.

Hour of the Gun (1967) (**) Director Raoul Walsh’s attempt at answering the question as to what happened after the fabled gunfight at the OK Corral as a group of assorted characters attempt to take control of Tombstone. James Garner and Robert Ryan star. Extras include isolated music track and trailer.

Gun Fury (1953) (** ½) stars Rock Hudson in an early role as a man left for dead and seeking revenge against those who left him behind in the wake of a stagecoach robbery. Extras include a 3-D version of the film, isolated music track and trailer.

Lawman (1971) (***) Burt Lancaster is the veteran lawman of the film’s title, seeking to bring justice after the accidental murder of an innocent man. Loaded with great performances from veteran character actors that carry it a long way. Extras include isolated music track and trailer.

September (1987) (**) is one of filmmaker Woody Allen’s lesser efforts, a Bergmanesque tale of various characters holed up in a house in the country and dealing with various emotional crises.  Extras include isolated music track and trailer.
Coming soon: A Ghost Story, Take the Money and Run, Barry Lyndon, Cult of Chucky, Land of the Dead, Dawn of the Dead (2004), Flamingo Kid, Planes, Trains & Automobiles 30th, Annabelle: Creation, An Inconvenient Sequel. 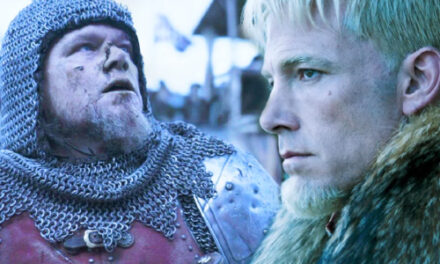 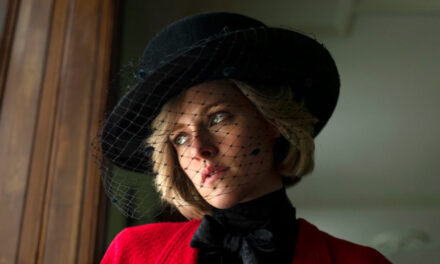 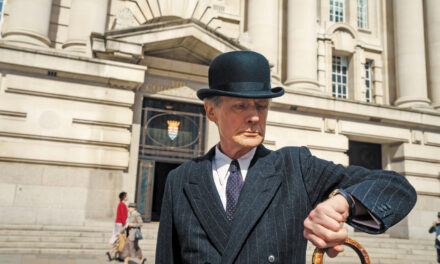