It’s interesting to compare and contrast the new Elton John musical biopic, Rocketman, with last year’s lackluster Freddie Mercury biopic, Bohemian Rhapsody. Director Dexter Fletcher had a hand in both films, he took over the latter after its original director was fired, and I can confidently state that Rocketman is the better of the two. Rocketman does make some of the same mistakes that Bohemian Rhapsody did in terms of playing loose and fancy free with the facts, but I’m willing to forgive this film for one reason. That’s mainly due to the fact that it makes no bones about being a musical fantasy based on the life of its subject, whereas Bohemian Rhapsody was supposedly a factually based biopic. As a result it’s easier to forgive Rocketman for the same transgressions that plagued the Queen biopic.

Rocketman also, quite simply, is a much better film on its own terms. It works much better from a storytelling standpoint as it covers the singer’s life up until the early 90s and doesn’t come across as having been whitewashed for mainstream audiences. It certainly doesn’t shy away from the more controversial aspects of Sir Elton’s checkered life, even if it isn’t always factually correct. Another plus is Taron Egerton’s lead performance. He doesn’t quite have Elton’s vocal chops down pat, but he looks and feels the part for most of the film’s running time. While it may not go down in history as the best of the musical bios, there’s still much to enjoy with this one. 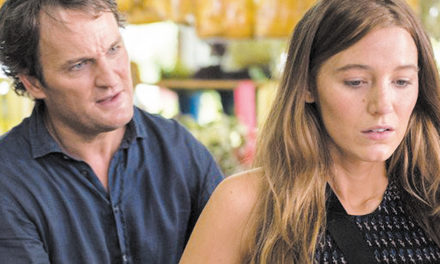