Winston-Salem, NC – RiverRun Retro welcomes screen legend Veronica Cartwright for two screenings of the 1978 classic film “Invasion of the Body Snatchers,” which stars Cartwright in the role of Nancy Bellicec. The RiverRun Retro screenings will take place on Friday, January 10 at 7 p.m. at the Hanesbrands Theatre at 209 North Spruce Street in Winston-Salem and on Saturday, January 11 at 5 p.m. at RED Cinemas in Greensboro.

Both screenings will include an on-stage conversation with Cartwright about the film and its production. RiverRun will present Cartwright with its Masters of Cinema award at the Winston-Salem screening event.

“Invasion of the Body Snatchers” is an American science fiction horror film directed by Philip Kaufman and features Donald Sutherland, Brooke Adams, Jeff Goldblum and Leonard Nimoy along with Cartwright. Released on December 22, 1978, it is a remake of the original 1956 “Invasion of the Body Snatchers” and is based on the novel “The Body Snatchers,” by Jack Finney. The plot involves a San Francisco health inspector and his colleague who discover that humans are being replaced by alien duplicates, each being a perfect copy of the person replaced but devoid of human emotion.

“The New Yorker’s” Pauline Kael was a particular fan of “Invasion of the Body Snatchers,” writing that it “may be the best film of its kind ever made.” Similarly, “Variety” wrote at the time that the film “validates the entire concept of remakes. This new version of Don Siegel’s 1956 cult classic not only matches the original in horrific tone and effect but exceeds it in both conception and execution.”

Tickets for the Winston-Salem program and Greensboro screenings are $12 plus applicable tax and fees and ticketing links for both shows are available at riverrunfilm.com. RiverRun Retro is sponsored by Nelson Mullins. Additional support for this Retro program is provided by American Airlines.

Cartwright was born in Bristol, England and emigrated to the United States as a young girl with her parents and sister Angela. She began her career modeling and doing print ads, and she became the Kellogg’s Girl doing commercials for Kellogg’s Corn Flakes, Sugar Smacks and Rice Krispies.

At the age of nine, Cartwright appeared in “In Love and War” as Robert Wagner’s sister, following that as a semi-regular on the CBS series, “Leave It to Beaver” as Violet Rutherford, who was famed for giving Beaver his first kiss. Other shows followed such as “The Eleventh Hour,” “Alfred Hitchcock Presents” and the classic episode of “The Twilight Zone” called “I Sing the Body Electric” as young Anne. There were many guest appearances on various shows and then the NBC serial, “Daniel Boone,” where she portrayed Jemima Boone from 1964 to 1966.

Her film career began in the classic films “The Children’s Hour” directed by William Wyler, Alfred Hitchcock’s “The Birds” and “Spencer’s Mountain.” She made her transition into adult roles in such films as “Inserts” with Richard Dreyfuss and “Goin’ South,” the first of three films in which she starred opposite Jack Nicholson. Veronica appeared in two science fiction classics in the 1970s: Philip Kaufman’s remake of “Invasion of the Body Snatchers” and Ridley Scott’s masterpiece thriller, “Alien.”

Cartwright starred as Betty Grissom in the epic dramatization of NASA’s space program based on Tom Wolfe’s novel, “The Right Stuff,” also directed by Kaufman. She made an indelible impression on movie-goers in 1987 with her standout performance in “The Witches of Eastwick.” She has appeared in more than 50 movies and in more than 100 television movies and series.

Lincoln-Catawba Songwriters Alliance To Host Round Robin For Musicians On Tuesday, July 19 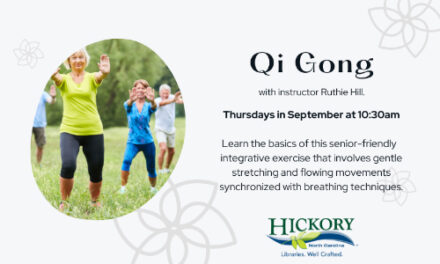 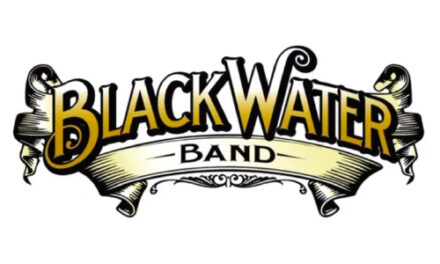