Krasno has won two Grammys and is best known for his work as guitarist for Soulive, Lettuce and Tedeschi Trucks Band. He will take the stage with his Eric Krasno Band at 8:30pm.

“We focus on attracting new and exciting bands to Reevestock each year and we’re pleased to bring to somebody to Elkin who has won multiple Grammys,” said festival director Sam Tayloe. “Eric Krasno is a big name for us.”

Prior to Krasno, Time Sawyer performs at 7pm. Time Sawyer is a local band that runs the gamut from introspective ballads to high-energy crowd-pleasers with songs that settle into that rootsy sweet spot where folk, alt-country, and rock gather for a good time.

Saturday’s lineup also includes: Caleb Caudle at 5:30pm, The Cordovas at 4:15pm, The Broadcast at 3pm and Dane Page at 2pm.

Gates open at 1 p.m. Saturday and tickets are $25 in advance and $30 at the gates. There is also a four-pack ticket option for $75 in advance.

In addition to its impressive music lineup, Reevestock features one of the state’s most distinct venues. The Hidden Amphitheater is tucked away in a residential setting just two miles north of downtown Elkin. The stage is framed by hills, trees and terraces. “It’s peaceful and relaxing, which is something that you don’t often get at a typical festival,” Tayloe said.

There are also festivities Friday evening, August 3, starting with a free street party from 5-7pm in front of the Reeves Theater in downtown Elkin. The street party is followed by a ticketed show by Todd Snider at the theater at 8pm, and that is followed by a free show by BraveWorldTrio just down the street at Angry Troll Brewery at 10:30pm. 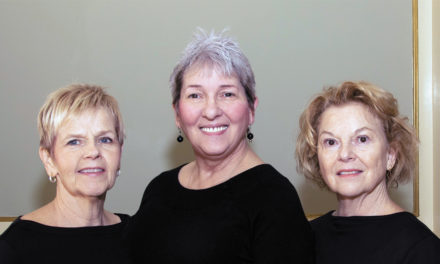