I’m a real estate agent, who doubles as a landlady. And I rely on extra income from my rentals to get by. I recently had a tenant in one of my apartments who started out fine, but then caused me great distress.

There was no romantic relationship, but I cooked for him, did his laundry, hung up his clothes, did his dishes, cleaned his room, made up his smelly bed, and sprayed air fresheners in his room daily. I even let him use my SUV a few times, though he had his own motorcycle. 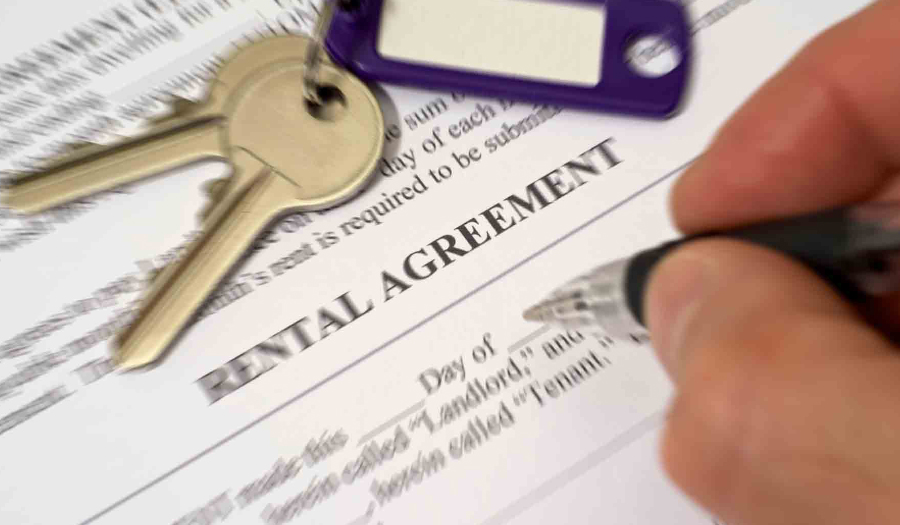 And when it came time to pay his rent, he lied every time he got his paycheck, saying he couldn’t give me money yet. He said he had to pay for storage, insurance, beer and other booze! What??? Meanwhile, I needed his money, as I’m 76, disabled and rely on that income in addition to what I make selling houses. And his rent was only $175 per month, including big AC bills!!

One day, I just couldn’t take it any longer. And he was starting to scare me, as he’s a big guy and I’m a sickly, 76-year-old gal. So I called the police to pull him out! When the police came, I showed them paperwork that proved he owed me nearly $3,000. He disputed that and said he only owed me $2,500 — and he signed a note verifying that in front of the officers. He promised to pay as soon as he got a new job!

It has been months now and I still haven’t received one red cent. Now, I’m the desperate one and need extra money to live in my measly 1 bedroom! He won’t return my phone calls or my messages. Everything I’m saying is true and correct, in the name of GOD.

Please help! Thank you, Tortured For The Past Year

There’s an expression, “No good deed goes unpunished,” that applies here, unfortunately. You’re the classic “giver” and the world needs more people like you, for sure. But givers have to watch out for the takers, as they bombard us frequently. This guy with the smelly bed is the definition of a taker. (Plus you also had a business relationship with him and he owes you money).

And you’re suffering from something that plagues many older landladies — terrible tenants! Through inheritance or other means, some seniors have the opportunity to turn being a landlord or landlady into a profession or at least a side hustle. While that can be great, it also has many pitfalls. One is that tenants can be unreliable, leaving people like you vulnerable.

To avoid future issues, please talk to an attorney about any current tenants and make sure they sign an agreement that protects you and your property. At the same time, maybe that attorney can advise you about going to small claims court in your state.

This case has all the drama of a Judge Judy show, but when it comes right down to it, that tenant owes you money and I’m hoping that you can go through the right channels to get it.

You obviously wanted to make this man happy by mothering him and that was nice at first. But he took advantage of your kindness for a long time, and I think he should pay you, PRONTO!

We’re sharing this post with attorneys on our Alignable network to offer you more specific legal advice, as well.

Wishing you the best of luck, Abel

Tortured, you have enough material here to have a very successful career as a writer at Days of our Lives.

It’s important to point out, you’re not this guy’s mother and you should keep that in mind if you decide to rent rooms in the future. While it’s super sweet you went to such trouble to help him, if someone is renting out your space, that’s where the relationship should end. If I were you, I would have slapped a padlock on the fridge, to keep him away from his beer until he gave you that money. I also probably would have taken his clothes to the pawn shop instead of washing them.

I think you should contact the police again to see what your options are now. Perhaps, they’d have some ideas or can contact him for the money he said he owed you in his formal statement.

Taking him to small claims court is probably your best bet. Keep an eye on this discussion to see if any lawyers weigh in with legal advice. I’m sure they’ll have some good ideas.

But, before you take him to court, I’d reach out one last time and let him know what you’re planning. Sometimes the threat of legal action will scare people enough to pay their debts. In the letter, make it clear that you’re not waiting for him to get a new job, and it’s his responsibility to sell his assets in order to come up with the money to pay you.

He shouldn’t have ever agreed to live there if he didn’t have the rent money. If you haven’t already, change the locks on the house just to make sure he can’t come back and vandalize your property.

If you’re still in a tight spot financially, and are looking to rent rooms again, I’d vet the candidates. Make sure they have stable jobs and ask for references. Collect the first three months’ rent and utilities ahead of time, as well. After all, your tenants are there to increase your income as a business owner, so collecting the rent is your No. 1 priority.

Wishing you only the best moving forward, Sofi

Check out and respond to this and other columns at: https://www.alignable.com/blog/dear-abel-sofi-my-office-literally-stinks-woes-over-b-o?from_topic=abel-sofi