Hickory – Helen Doctorow and E.L. Doctorow’s biographer Bruce Weber will be at Patrick Beaver Memorial Library on Saturday, May 12, 2018 at 10am. Hickory Community Theatre’s Artistic Director Pamela Livingston will interview Doctorow and Weber to help us gain further insight on the award winning author of the book Ragtime. The interview will be followed with a performance by some cast members of Hickory Community Theatre’s Ragtime The Musical production.

Helen Doctorow grew up in Hickory, NC where she was involved with the Hickory Little Theater. She received her Bachelors of Arts degree in acting and directing at Columbia University in New York, where she met E.L. Doctorow. They married in 1954 and had three children. Doctorow later published her own novel Pretty Redwing under the name Helen Henslee.

Bruce Weber has worked with The New York Times for 30 years as an editor of the Sunday magazine, a metro reporter, a theater columnist and critic, an obituary writer, and the paper’s first national cultural correspondent. He is also the author of the New York Times bestseller As They See ’Em: A Fan’s Travels in the Land of Umpires. Weber is currently at work on a biography of E.L. Doctorow.

Hickory Public Library, Friends of the Library, and Hickory Community Theatre have partnered to bring this program on May 12th at 10am. It is free and open to the public.

Ragtime The Musical will be presented at Hickory Community Theatre’s Jeffers Theatre May 11th to 27th.

Tickets for this production are $20 for adults, $18 for seniors, and $10 for youth and students. For the Thursday performances, adults and seniors may purchase their tickets for $16. Tickets may be purchased online at http://hickorytheatretix.org or by calling 828-328-2283.

Guide To The Hickory Art Crawl Next Thursday, Sept. 15, 5-8pm 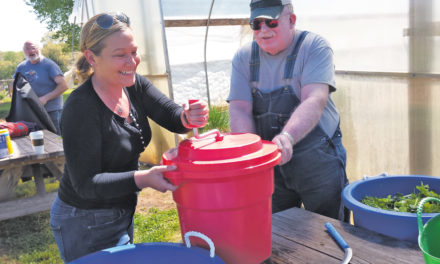 Be A Skilled Furniture Worker In 8 Weeks! Only $245! Register Now At CVCC’s Furniture Academy