Berlin (AP) – Police in western Germany have freed two men who became entangled with a mannequin and a large, remote controlled car.

Officers were called after cries were heard from an apartment in the city of Mainz in the early hours of Saturday.

Police found the 58-year-old tenant and a 61-year-old visitor “hopelessly locked together” with the toy car and the mannequin – which was dressed in a knight’s costume.

Officers were able to free the men, who were too drunk to explain how their unfortunate predicament had come about.

According to a police statement, “the whole thing would have remained a funny episode” but the younger man was “more than impolite” and now faces a charge of insulting officers. 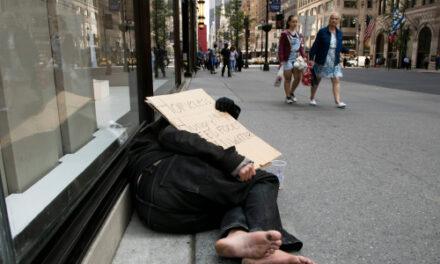 Woman Sues Over Ban On Feeding Homeless People In Parks