It’s no secret to any regular readers of this column that I’m a tremendous fan of filmmaker Paul Thomas Anderson’s work. I have been from the early days of his career, getting on board after experiencing his second film Boogie Nights some twenty-one years ago. Anytime there’s a new Anderson film in the pipeline is a cause for celebration in my book. Unfortunately, Anderson’s last two films (The Master and Inherent Vice), while not uninteresting, were a bit of a letdown compared to his earlier works.

I’m proud to report that his latest film, Phantom Thread, is Anderson’s most accomplished and artistically satisfying work since his critically lauded 2007 film There Will Be Blood. You can sense from the first moments of the film that you are in the hands of a true master of his craft and that he may choose take you in any number of directions during this journey. It’s an exhilarating feeling to be able to just relax and put yourself in the hands of an artist operating at the peak level at which Anderson does. You simply let the journey take you to whatever destinations that its creator may choose. That’s a feeling you get all too rarely these days but it’s always there in a film from this master filmmaker. Phantom Thread is yet another great example.

One of the reasons why the film may be the most satisfying of Anderson’s works since the aforementioned There Will Be Blood is that both films sport a magnificent lead performance from another master of his craft, the incomparable Daniel Day Lewis. The news of Lewis’ supposed retirement from the acting profession is made doubly sad as Anderson captures Lewis turning in yet another ferocious performance that’s sure to capture the attention of movie audiences regardless of whether the actor receives more accolades for his work.

Lewis stars in the film, set in Britain of the 1950s, as Reynolds Woodcock, a celebrated fashion designer, whose world has been maintained with a strict sense of discipline. It’s the only way Woodcock knows how to function. Woodcock’s life is turned topsy-turvy by the arrival of a foreign born waitress named Alma (Vicky Krieps, also quite impressive) that he chances to meet at one of the regular stops on his daily journey. Alma quickly comes to realize that gaining Woodcock’s attention and controlling him will be no easy task and her efforts to do so form much of the basis of the film’s plot.

Phantom Thread, while easily classified as a period drama, has enough gallows humor to also qualify it for inclusion as a partial comedy. Still, to classify it as strictly a comedy or a drama will certainly do it a disservice. Whatever you may wish to call it, it’s an experience that, save for a baffling finale, is one of the most emotionally rewarding ones of which I’ve been a part in the past movie-going year.

At press time, Phantom Thread is playing in Charlotte. 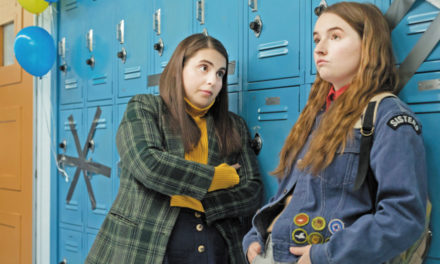