New York (AP) – Peter Jackson has used digital wizardry to conjure J.R.R. Tolkien’s Middle Earth and King Kong’s 1930s New York, but he has now – in perhaps his most acclaimed film – employed all his technical powers to bring to life the Western Front of the first World War.

Jackson’s “They Shall Not Grow Old’’ is the 57-year-old filmmaker’s first documentary. Commissioned by Britain’s Imperial War Museum to coincide with the centenary of the Armistice, Jackson assembled the film from more than 100 hours of footage from the front and 600 hours of audio interviews conducted in the 1960s with surviving British soldiers.

In the course of the five-year project, Jackson restored the heavily damaged, grainy footage, colorized it, stabilized the frame rates (many were only 13 frames per second, and could vary based upon how fast the cameraman was cranking) and transferred the film into 3-D. Along with adding battle sound effects, he even employed expert lip readers to recreate the unheard dialogue.

With the kind of technology usually employed on a big-budget spectacle, the fog of time lifted from the footage, revealing the soldiers anew.

“The people on the film became human beings again. Their humanity jumps out at you,’’ Jackson said in an interview. “Their faces and the subtle way they move and their expressions, you just realize you’re seeing you’re seeing these people for the first time in 100 years.’’

“They Shall Not Grow Old,’’ which takes its name from the Laurence Binyon poem “For the Fallen,’’ has already played in the U.K., where it earned Jackson the best reviews of his career. “The effect is electrifying,’’ wrote the Guardian. “The faces are unforgettable.’’

Fathom Events will screen the film in 500 theaters nationwide on Monday and again on Dec. 27 before a more traditional release from Warner Bros. beginning Jan. 11.

For Jackson, it’s the culmination of a passion project, one undertaken in part as a tribute to the New Zealand filmmaker’s grandfather, who fought in the war. The first three years of the project, edited at Jackson’s post-production facility, Park Road Post, weren’t spent cutting anything together but sifting through the material and cleaning it up.

Startled by the clearness of the restoration, Jackson opted to impress as little as possible on the film. The only narration is that of the soldiers recounting their experiences; even dates and locations of battles have been withheld to capture the view of the war from those in the trenches. “They only saw what was right in front of their eyes,’’ says Jackson.

The recollections of the British soldiers are surprisingly pragmatic and straightforward, lacking any sense of regret or self-pity. “They didn’t want that and they didn’t expect that,’’ says Jackson. “I don’t think they would really approve of the way we think of the first World War now.’’

But the director is also quick to point out that the 120 men interviewed don’t reflect a universal story of the war. These are survivors, many of whom went on to have families and productive lives, looking back decades later. “If we had interviews from the millions of soldiers that were killed, they would tell a different story,’’ says Jackson.

Clarity has always been elusive in WWI, a war with puzzling beginnings and staggering loss of life that nevertheless became overshadowed in the popular imagination by World War II. But the simple, unclouded lucidity of “They Shall Not Grow Old’’ offers a small window into the Great War. Jackson hopes it inspires young people to learn about WWI and archivists around the world to make similar restorations of historical film.

It’s also the first worthwhile 3-D film in some time. Jackson, who was at the forefront of the reintroduction of 3-D, still believes it has value despite its cratered popularity.

“People are only losing interest in it because of the quality of the projection, to be honest with you,’’ he says, predicting that that will change with the advent of laser projection. “Everything that people don’t like about 3-D – and I agree with them, that feeling like you have sunglasses on while watching a film – that all goes away with laser projection.’’

So “There Shall Not Grow Old’’ is, in some ways, a characteristically Jackson film, with the notable exception that he wasn’t there to shoot any of it. Not that he minded.

“I don’t actually like being on set, particularly. I always regard that as being an arduous chore,’’ he says. “So in a way I was quite happy to skip over the shooting part of it. The boys on the Western Front a hundred years ago did all the hard work filming it, and I was able to go straight to the part I like the most.’’ 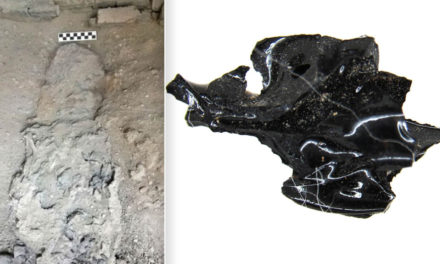