Carolina Panthers fans have to wonder what team they will see in 2019. Will it be the team that shot out to a 6-2 mark to begin the year, or the one that proceeded to lose the next seven contests before a week 17 win against a playoff-bound Saints’ team resting key starters?

As a result, expectations for the Panthers are guarded. Even more so when quarterback Cam Newton was sidelined with a mid-foot sprain in the third week of the preseason against New England.
Newton’s health will always be the primary question when it comes to any success Carolina has on the field. His lingering shoulder issues coincided with the team’s demise last season. If the Panthers sniff playoff contention, that means Newton was healthy and on the field.

There are some new faces on the roster that will likely make major impacts. First round pick Brian Burns out of Florida State is a pass rush specialist and he did not disappoint in the preseason, recording a NFL leading four sacks. Another defensive end was added, former Pro-Bowler Gerald McCoy, from Tampa Bay. Putting pressure on the opposing quarterbacks should be a strength once again for the Panthers. Help arrived on the offensive line too as Carolina added free agent Matt Paradis from Denver.

Departures from the roster include Julius Peppers who retired, linebacker Thomas Davis who was not offered a contract at the age of 36, and center Ryan Kalil who the team lost to free agency.

Christian McCaffrey will, once again, be the focal point of the Panthers offense. A dual threat, either running the ball or catching it out of the backfield, McCaffrey caught 107 passes an NFL record for a running back. Wide receiver DJ Moore returns for his second season after proving himself a threat last year as a rookie with 55 catches. Adding in free agent Chris Hogan from New England, the emergence of Curtis Samuel, the return to health of tight end Greg Olsen, and the Panthers’ will have a solid receiving corps.

Defensively, All-Pro Luke Kuechly returns and he will welcome the new additions on the defensive front. Behind Kuechly, Eric Reid will anchor a secondary that should hold its own when paired with an improved pass rush.

Carolina could battle for a wildcard playoff berth in the NFC. I just do not see them beating out New Orleans in the NFC South. The Panthers need Newton to stay healthy and for the offensive line to protect him. They also have to hope McCaffrey has another productive year and beats the odds as an undersized superstar who will touch the ball at least 250 times. Another must is that all the new faces contribute immediately.

The Panthers could also continue the downward spiral that began last season. It could happen again if Newton is on the sidelines and Kuechly gets yet another concussion. Carolina does not have a quality backup quarterback and there is not a replacement for Kuechly.

The NFL is back. Opening week starts tonight with Green Bay and Da Bears. Enjoy the season. 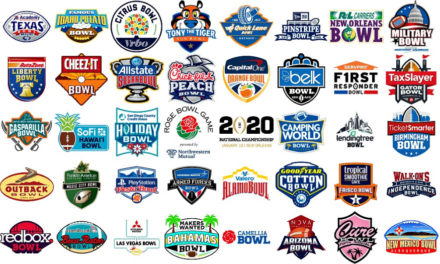