The Carolina Panthers just completed their first round of OTAs (organized team activities) and I thought I would pass along some notes that I read during the sessions.

Julius Peppers is back on the roster but did not take part in activities. Though clearly on the downside of his career after 16 seasons, I see him being a big help on the defensive front.

The wide receiving making the most noise was undrafted Austin Duke out of Charlotte. Also not taking part in drills was linebacker Luke Kuechly. The pro-bowler is about to embark on what has to be a scary season. It is hard to keep track how many concussions Kuechly has suffered. How long can he safely play this violent game?

Matt Kalil, the team’s highest profile free agent signing, will be the starting left tackle this fall. Reports out of camp are that he looked good and will likely be worth his $55.5 million contract.

Taylor Moton, Carolina’s late second-round draft pick, earned high praise from coaches. He could step right into a starting job on the offensive line. The additions of Moton and Kalil will likely improve the offensive front dramatically and quarterback Cam Newton will benefit.

Armstrong was on top of the cycling world. As we know, that came to a crashing halt due to his now-admitted doping violations. Now the U.S. government wants some of its money back. (Editor’s note: The U. S. Postal Service spent $32.3 million sponsoring Armstrong’s cycling team for four years, beginning in 2000.)

Armstrong was by far the highest paid US rider throughout his career. For example, in 2001, he was paid $4 million.

The suit says that Armstrong violated its sponsorship contract because he was using performance-enhancing drugs and blood transfusions. Under the False Claims Act, the government could get its money back times three, nearly $100 million, if they win.

Stay tuned. I am just letting you know it is coming. The case, which will be heard in Washington, D.C., has a trial date scheduled for November.

It has been quite some time since I updated you on Tim Tebow. Remember? When he last saw an athletic field as a professional, it was in the NFL. After not being able to make an NFL roster the past few years, he told the sporting world that he wanted to give professional baseball a try. And the New York Mets chose to give him a chance by signing him to a minor league contract.

Okay, so if you have any interest on how Tebow is doing here you go. The last breathless update on Tim Tebow, the minor league baseball player, and for good reason.

The Columbia (SC) Fireflies rightfielder is hitting .226 with three home runs through 56 games. For the first few weeks of the season he generated intense media attention. But it has all subsided as he has settled in as unimpressive baseball player at a low level of the minor leagues. What Tebow does do is increase attendance. People in small towns across the south want to see the guy for the sake of catching a glimpse. Any success on the field is a bonus.

Tebow is a 6-foot-3, 255-pound corner outfielder who doesn’t hit for power. His lowly .349 slugging percentage is only slightly higher than his strikeout rate. Scouts say he is a below average defender and his only stolen base attempt failed.

And you know what? Tebow is just two months shy of his 30th birthday. I believe it is probably time to admit there’s nothing there. 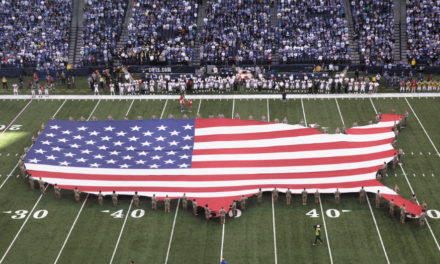