Spanish filmmaker Pedro Almodovar’s latest, Pain and Glory, has a lot to embrace. Its lead performance by Antonio Banderas is certainly among them. As a stand in for Almodovar in the film, Banderas turns in some of his most affecting and vital work in years. It’s a terrific performance that reminds you what he’s capable of when not wasting his time in projects with less accomplished filmmakers. What a great reminder it is indeed.

Pain and Glory is something akin to a cinematic confession of sorts for its creator. It isn’t hard to see that the lead character is based on Almodovar to varying degrees. The character at the center of the film’s plot is Salvador Malo, a Spanish director now entering his 60s and facing his seventh decade under not the best possible circumstances. He’s in physical decline and finding himself questioning some of his decisions made in the years when he was more vibrant, both creatively and physically. As he sits in his apartment, Malo spends most of his time on painkillers and reflecting on his childhood, romances and the difficult professional relationships he’s endured over the years. This prompts him to reach out to an actor with whom he had an on set falling out and they attempt to mend fences in one of the film’s better subplots.

In its better moments, Pain and Glory is both a dazzling celebration of the act of artistic creation and a reminder of the unstoppable passing of time and the inexorable toll it takes on everyone in varying degrees. It’s a little self indulgent at times but equally potent in its portrayal of an artist entering the home stretch of his life.

Pain and Glory is playing in Charlotte. 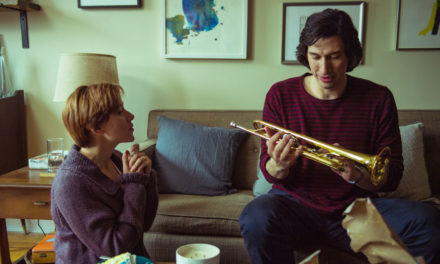