One of the biggest movie going surprises of the year 2013 was how much I enjoyed the recent Oscar winning director Guillermo Del Toro’s Pacific Rim. The tale of oversized robots with humans at the controls, beating the tar out of dinosaur sized creatures emanating from beneath the sea and referred to as Kaiju, in order to save mankind, worked better than I could have imagined. The takeaway quotient ran low, to be sure, but it was a load of escapist fun for me and I had a great time with its old school vibe, a deliberate callback to many of the Godzilla films of decades past. Perhaps it was because I’ve always been a sucker for movies featuring giant monsters at the center of the story but, whatever the reason, I gave into its charms.

It’s pretty much a given that when a second cinematic helping of a dish you really liked the first time comes along the enjoyment is almost guaranteed to be of the lesser variety. Appearing nearly half a decade after its predecessor, Pacific Rim Uprising is better than I expected. There are some great monster battles, most of which are confined to the film’s final act, and enough of a story to keep one reasonably engaged.  It’s definitely a lesser experience but that’s no surprise.

Pacific Rim Uprising unfolds ten years after the first film’s events. When we left off it was pretty well established that the humans had won the battle, with the alien creatures neatly sealed off in a breach at the bottom of the ocean.

The son of the character played by Idris Elba in the first film, Jake Pentecost, is the main protagonist on hand. He’s played by John Boyega who’s best known for his role in the current crop of Star Wars films. Jake lives in the shadow of his legendary father who sacrificed his life in the first film, and as written he’s a bit on the clichéd side. We all know he’s going to eventually save the world just like dear old dad but not before he takes a young girl named Amara (Cailee Spainey) under his wings. She’s adept at putting together oversized robots out of spare parts and eventually we know her talents will be put to good use.

Jake and Amara find themselves on the wrong side of the law but are given the opportunity to train for monster battle in exchange for going to prison, reason being that their skills are deemed an asset should another monster attack take place. The first hour of the movie mostly consists of the characters in training before the Kaiju return around the one-hour mark, laying waste to parts of Japan in the process.

The loss of the original film’s director this go round certainly brings the film down a notch or two. TV director Steven S. DeKnight gets the job done but his work is perfunctory at best. How much better would the film have been had Guillermo Del Toro returned to the scene is a mystery about which we can only speculate. 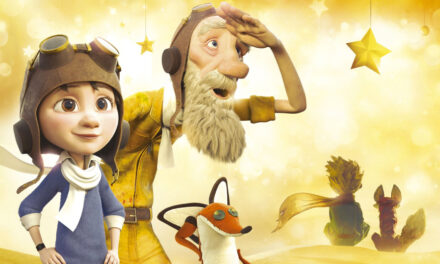