Posted by FOCUS Newspaper | February, 25, 2021 | Have Chainsaw Will Travel

PROLOGUE: “When I was a child, I spoke as a child; I understood as a child, I thought as a child: but when I became a man, I put away childish things.” 1 Corinthians 13:11.

Woah, woah and woah! WTFing Holy Helsinki Sweden??? hold the phone and my beer (or Bloody Mary — time frame pending). Regular readers are probably double-take, head shake, wide-eyed with confusion. Irregular readers…should get more fiber in their diet. And as for first-time newcomer folk — Well howdy hi there, welcome to the column. It’s so nice to have you wherever you are reading this. Feel free to look around… see what you think, watch me for the changes and try to keep up!

But seriously, did Chainsaw, Mr. “doesn’t believe in any nothing,” the seemingly sometimes anti-religious, potential part-time Atheist (I have commitment issues) just open this week’s article… with a quote from… gasp…the Bible?!?

Yes, but only so you would have a reference point for this variation on said biblical quote, “When I was a child, I was spoke to as a child, I understood nothing but thought I did because no one told me different, so when I became a man… I was very confused.” 3rd Chainsaws 13 1/2 x 5. And riding on the tattered coat tails of an explanation provided by that faux theological knowledge… END PROLOGUE.

In last week’s column there was a joke about a “one night stand.” The joke implied that rather than being a sexual relationship lasting only one night (which it is by definition) it had something to do with the amount of bedroom furniture one possessed. Truth of the matter is for the longest time this writer sincerely believed the latter.

But if you’re interested, here was the logic in this train-wreck of thought. If a person had a “one night stand” that meant their dating endeavors for that evening had gone awry. Thus they had to spend the night home alone, where they would only have one nightstand. Why in hell would they need two if they lived alone? Of course this syllogism went out the window when it was discovered motel rooms also possessed but one nightstand. Ah, but they usually had two beds, so logic loosely secured. 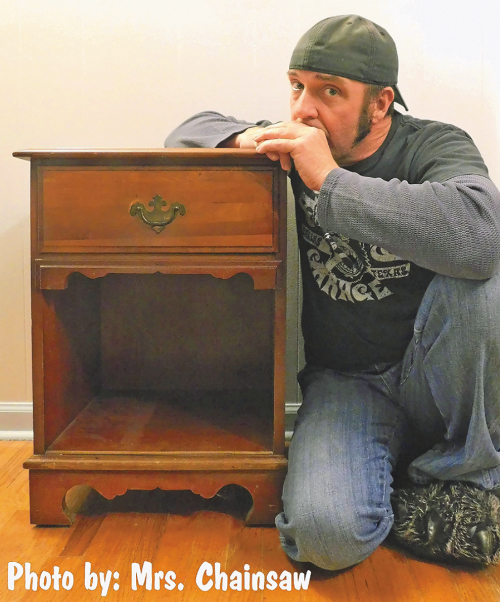 Now if you meet someone, became a couple, moved in together then you could no longer have one night stands. Not because you wouldn’t cheat but rather because you’d now have two nightstands — they’d have brought theirs with them when they moved in. Incidentally it did always confound me that no one ever asked couples if they’d had a “two night stand?” They’d bring their nightstand along with chairs to go with your table, a loveseat to pair with your couch and coffee maker to go with your toaster… etc. You’d complete each other in every room, in every way and yes my view of relationships was bat-s*** delusional as well (more on that in later episodes).

During this time of ludicrous misunderstanding is when the long standing “One Night Stand Contingency Plan” was put into place. It would remain inactive, at the ready, for years. However this explicit sounding scheme was never revealed or explained to anyone… until I decided to confess my hidden secret agenda to Lil’ Red (that’s the spouse) last week.

Now fellas, be forewarned if ever you tell your wife or live-in girlfriend that you’ve had a plan, with such a name, for years they will freak out. Just as mine did on me when she was informed of my plan’s rhythmically rhyming title. She was upset, hurt, confused, almost cried. Why would I have a plan to cheat on stand-by all this time??? Cheat? What? Nobody said anything about cheating!

She calmed down when I took her hand and led her into the basement to show it to her… the plan that is. My long standing fail-safe which would help to keep me together in the event we ever fell apart. You see I’ve a plan for just about every scenario, from Zombie apocalypse to being abandoned by love. The plan for the latter sits in the corner downstairs — my one nightstand. 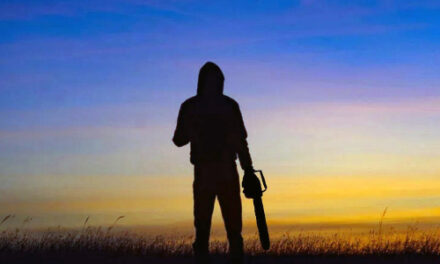 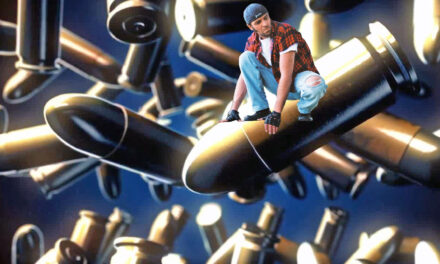