Remember when you turned one year old? You were dressed in the cutest little outfit with matching socks and wore a festive party hat announcing your milestone birthday. Grams and Gramps were there snapping photos. Say “cheese” they sang in unison…repeatedly.  So, you’d wrinkle your adorable button nose, flash your two front teeth, and smile.  Giggle.  Then smile again.

Retreating to add film to their camera made room for auntie and uncle to squeeze in. Fussing over you like you’d burst from all the merriment, they planted wet kisses on your rosy cheek…repeatedly. Causing the landslide of your birthday hat. Now, pointing comically toward the kitchen. Yet, nestled in your curls and resting on your right ear.  No worries, Grams rushed in and righted it. Making you, once again, the adorably perfect object of everyone’s affection. Of course, you probably don’t remember. But the photos tell the real story. Thank goodness social media wasn’t a national pastime back in the day because there you were…cake dripping off your face. Icing up your button nose. Cheeks three shades darker than rosy from the temper tantrum you’re displaying. Apparently, you were being held captive in your highchair until Gramps finished the 24-count roll of film he’d just put in. Plus, it was time for your nap.

Luckily, you don’t remember because one is too young. Although, in dog years you would have been seven on your first birthday. No, wait! In dog years, a dog is seven on his first birthday. Sigh. What I’m trying to say is…in dog years, a one-year-old dog is as mature as a seven-year-old child. Which, if you’ve met a seven-year-old lately…they’re 7 going on 35. In other words, the, seven human years for every one dog year, doesn’t apply anymore.

I’m convinced today’s intelligent children has something to do with human umbilical cords having been replaced by USB cables. A phenomenon which hasn’t commenced on the canine community. Thus, if you’ve forgotten how you acted when you were seven…not saying you weren’t…aren’t…intelligent. Just saying that kids nowadays have superior…uh…never mind. Get a puppy. Which is exactly what I did ten months ago.

Black, white and adorable all over, I contemplated stacks of monikers before naming this precious fellow Bandit. However, if I’d foreseen the future I would have called him “Speeding-ball-of-fur-with-tongue-flapping-in-the-breeze!” Or, the Indian equivalent. So, named because…as 10-month-old Buckshot (my other pup) reclines on the top step of the deck, Bandit race pasts…varoom…to be followed quickly by…varoom…another speeding ball of fur, tongue slapping the breeze, silly grin on his face, racing back to whence he came. It could, and has, gone on for hours. Yep, he’s a pup.

Correction, he’s now a seven-year-old living in a one-year-old Border Collie canine. In honor of such, and the fact that I just happen to know his birth date, I decided ‘What fun!’ to throw a puppy party! Mainly, so the dynamic duo could celebrate too.

Planning ahead, Jeff and I went to ‘the ultimate party store’ to look for, what else, puppy party decorations. Who would have thunk it? They had ‘em! Like a kid in a candy store, I gathered up paw print party hats, napkins and plates with a doggy picture. Er…dog. (durn auto-correct) However, staying completely in control of the party-madness…which strikes, like a hound that’s caught a sent, when you enter a store dedicated to the art of theme parties. I only bought one pack of paw print balloons.

The next day as I scrambled to sweep the floor and dust the dining room Jeff said, “Honey, we need cake and ice cream if we’re having a party.” Doggone it! I knew I’d forgotten something. Focused on canine treats, bandanas and chewies, I’d clearly neglected the human factor. To the rescue he dashed off and came back with delectable edibles. Wowzer! Let the puppy party begin!

As party goers arrived, all three Border Collies were adorned in paw print party hats. Bandit’s reading “1 is Fun!” It was a great 30-second photo-op. Hilariously, the pups couldn’t figure out which way was preferred puppy party hat perfect, but Clyde (16) wore his proudly. Happy Birthday was sung…yes, I insisted…after pizza and while cake and ice cream were being served. The canine crew munched on their treats. We munched on our treats. Yippee, the first puppy party was a doggone success!
One down and one to go. Next, a Lucky Leprechaun party for three of the original five pups born March 17, last year. Hmmm…think I’ll go green with blinking necklaces, leprechaun hats, green bowties, shamrock sunglasses…and that’s just for the canine crew!

“””Can you imagine”””…how pet photographers get dogs to wear hats? 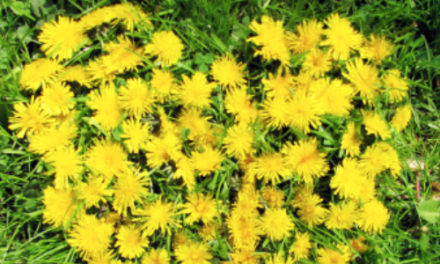