Hickory – The hilarious one-man comedy, Fully Committed by Becky Mode, is coming December 4-12 to the Hickory Community Theatre. Tickets are available online at hickorytheatre.org or by calling the box office at 828-328-2283. This devastatingly funny play follows a day in the life of Sam Callahan, who’s single-handedly managing the red-hot reservation line at Manhattan’s number-one restaurant – during the holidays no less. A cast of desperate callers will stop at nothing – coercion, threats, bribes, histrionics – in their zeal to land a prime reservation, or the right table. Amid the barrage, Sam’s got his own needs to contend with all while juggling scheming socialites, name-dropping wannabes, fickle celebrities and egomaniacal bosses. Can he manage to look out for himself? A wonderful acting challenge, Fully Committed has forty wildly diverse characters All played by a single versatile performer.

In the Hickory production, the role of Sam is played by Will Vogler, from Lenoir. He is an accomplished actor, with numerous community and professional credits, including From This Day Forward with Old Colony Players, Twelve Angry Jurors and Murder on the Nile at The Green Room, and a summer at Tweetsie Railroad. Fully Committed is his third production at HCT. His previous roles were Gloin in The Hobbit and Karl Lindner in A Raisin in the Sun. Vogler currently works for Appalachian Ski Mountain as an Assistant Slope Supervisor. In his spare time, when not on stage, he enjoys playing guitar and fishing.

When asked about what attracted him to this particular role, Vogler said, “As someone who loves voice acting I couldn’t pass up the chance to play over 40 characters in the same show. I really like getting to stretch my wings, not only with the diversity of voices but also the variety of emotions and energies that each character carries.”

Tickets are $18 for individual streaming and $30 for families or groups. Tickets are available online at hickorytheatre.org or by phone through the theatre box office at (828) 328-2283.

Fully Committed is the second production in the Theatre’s 2020-2021 Season. Paramount Automotive and Sunbelt Xpress are the season sponsors. The “Ghost Light Series, live broadcast theatre is supported by the HartBeat of Main Street Grant Program, created by the Hartford Small Business Insurance and Mainstreet America, with additional support from Corning Optical Communications. Hickory Community Theatre is a funded affiliate of the United Arts Council of Catawba County.

PHOTO: Will Vogler plays Sam, and 40 other characters, in Fully Committed. The comedy from the Hickory Community Theatre will broadcast live from the Jeffers Theatre, November 4-12. 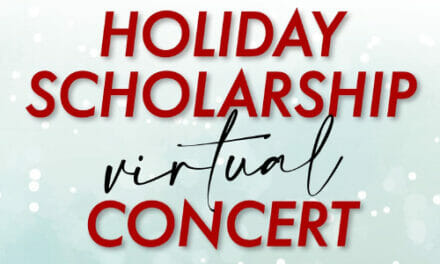