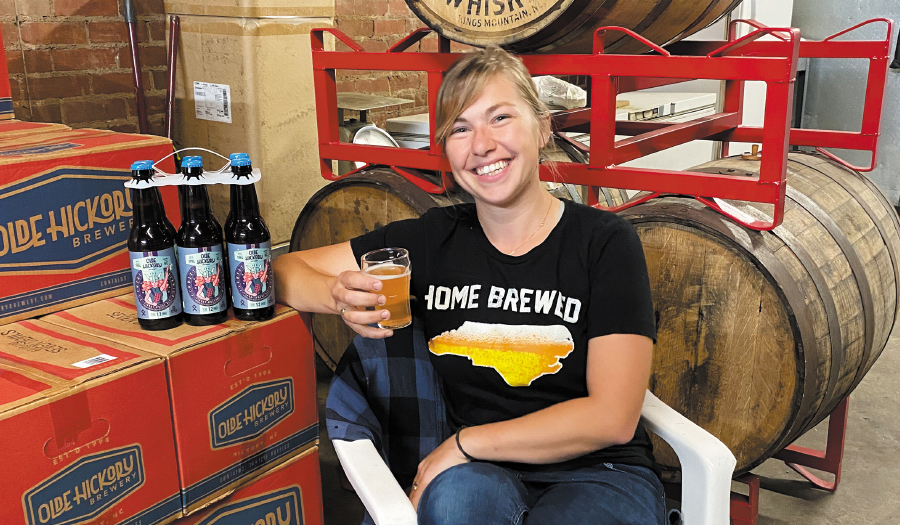 Hickory – Ready for a social distancing shopping treat? Olde Hickory Brewery has just bottled a new beer, Flowers for Geirhild, that will be available at their pop up tent sale today, Friday and Saturday, from 1 – 6pm.

Brewer Steven Lyerly said, “Flowers for Geirhild was designed by our brewer Sarah Todd. It is a wheat based beer with the addition of acidulated malt, which gives the beer a refreshing tartness and it is also brewed with hibiscus and chamomile flowers.  Sarah brewed it in honor of Queen Geirhild, the Norse goddess of brewing.”

Sarah said, “This batch has five pounds of hibiscus and a pound of chamomile, it’s a lot. It’s one of the first beers that I made an actual recipe for, that’s the biggest thing for me personally, to see it transform. We made a small batch last year and people really liked it. I played around with the recipe, and it’s slightly different this year because when you scale it up, it changes.” 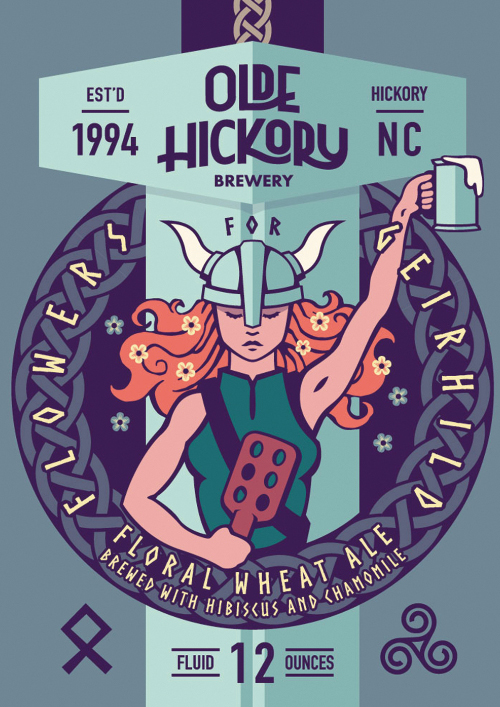 “It’s brewed in honor of another woman brewer from the Viking era, Queen Geirhild. When Geirhild’s husband, Alrek, was chosen to be king he was told that he could only have one queen and that he must choose among his wives. He prayed and Odin told him that his queen needed to be the one who brewed the best beer. At that time brewing was a female’s job. Men were out fighting and brewing was looked at as part of cooking and keeping house duties. He told his wives and Geirhild goes to Odin and asks how she could make the best beer? Odin spits in the mash tun (large beer cask) and gives his blessing on her beer. In return he asked for a sacrifice. It’s kind of a weird dark story, but the cool part is that there are records of her brewing for the king and the Viking army.”

Steven said, “Sarah is one of a few, (but growing!) female brewers in our industry. We are very happy and lucky to have her work diligently for our brewery. Sarah first made this beer last year for the Pink Boots Society fundraiser, La Femme de Bier, to raise awareness of women in brewing.”

The Pink Boots Society works to assist, inspire, and encourage women beer professionals through education. Currently, less than ten percent of brewers are women. Last year several women brewers from the Society got together at OHB to create a beer. Sarah says, “These women brewers from North Carolina came here and we brewed Queen’s Royal Jelly. I keep bees as well so it’s inspired off that, it’s made with some honey.” The collaboration included all the women from OHB.

Sarah studied fermentation, brewing and distillation at Cornell University. When it came time to do her internship she approached Olde Hickory Brewery, “I kinda begged Steven to take me on, he said we don’t do interns, and I was like, but could you make an exception? I came down and worked for a month and by the end of it he had offered me a job. It’s been awesome, I’ve slowly started taking over more brewing. It’s very cool to see everything on this scale. I help bottle, help keg, I brew and that’s what I love about Olde Hickory Brewery. It’s big enough that you produce many beers, and a barrel program like this you wouldn’t find at a small brewery. But it’s small enough that you can learn about everything going on, and you’re expected to. Clean out tanks, etc. Everybody does everything.”

Now that Flowers for Geirhild is bottled, when asked if she was happy with the finished product Sarah said, “I am. It’s weird bottling it. Today is the first day I’ve tried it finished. You try it constantly throughout the process to make sure nothing is going wrong with it. You watch the gravity, which is the sugar content dropping as the alcohol content grows, so yeast is turning sugar into alcohol. So through that process you’re making sure the yeast are happy and healthy, that the beer doesn’t have anything else growing in it, and another thing is the carbonation. Getting the beer to have the right amount of refreshing crispness, you want the head retention on the top of the beer to be right. So we started carbonating it several weeks ago, and today is the finished product. This is cool.”

Sarah loves working with her hands and lives on three acres with bees, an apple orchard, grapes and a garden. She is very passionate about her work at Olde Hickory Brewery. She said, “I’m immensely grateful that Steven gave me a shot. It was six months in and I said I’m super happy here and he was like yeah… you’re doing better than I expected. I thought cool, because it is a lot to memorize, a lot to the process. You have to really love it and enjoy it and brew good beer. You have to be hungry to learn, constantly. There is no point in time where we say this beer is as good as it can be. Always this endeavor to make something better and try new recipes. Even here, me and this brewery were established the same year. Which is really cool because I have the shirt and I was like yeah… ’94.

It’s really cool to be in a place that is that old, one of the oldest breweries in North Carolina, and still there is this hunger to explore new things. When I came up with this recipe, he was like cool, let’s try it. There is guidance when there should be and also a chance to try something and learn from it.”

Although Sarah is from Kentucky, has lived in Georgia and Ohio, and went to school in New York, she is very happy to have settled in the beer state of the south. She said, “It’s kind of perfect.”

Sarah’s passion is obvious, her enthusiasm contagious, and her eyes sparkle when talking about brewing and bottling Flowers for Geirhild.

Stop by the OHB beer tent on the corner of 1st Ave. SW and 3rd Street SW in Hickory to pick some up this week! It will also be available at Olde Hickory Station, Olde Hickory Tap Room and Amos Howards Restaurant & Brew Pub.
Sarah Todd, Brewer at Olde Hickory Brewery 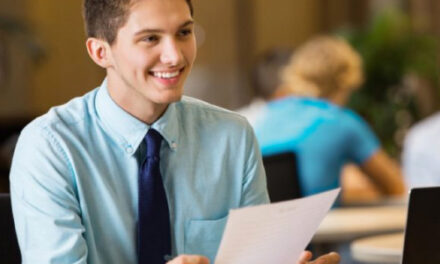 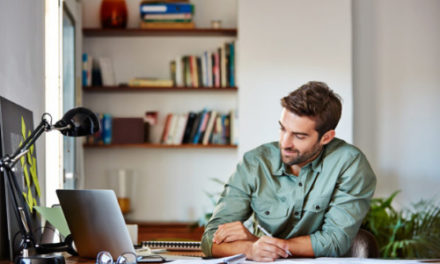